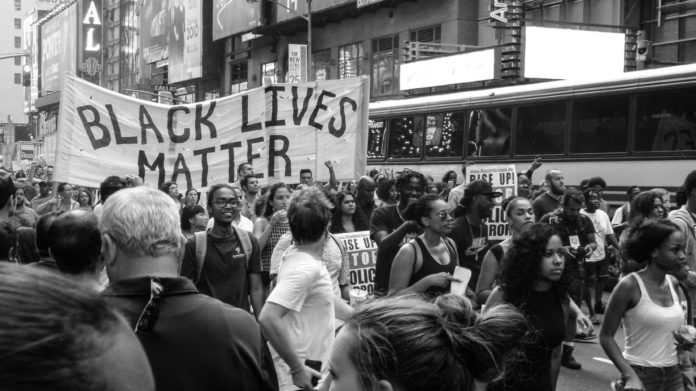 WorldExecutivesDigest.com | 5 Things to Know About Police Interactions | Over the past several months, there have been many clashes between Black Lives Matter protestors and the police. Cops have arrested people during these protests, and they’ve shot many more of them with rubber bullets and pepper spray. It is distressing to witness these things, which are quite similar to Civil Rights protests during the 1960s.

As you watch these protests reported on TV, in newspapers, and by other news sources, you might wonder exactly what you can get away with in your interactions with the police. What is it okay for you to do, and when can they arrest you?

Here are five things to know about police interactions.

Flipping Off a Cop is Not Illegal

A cop cannot legally arrest you for giving them the finger. Perhaps you have an irresistible urge to do so if:

Everyone knows what “the finger” means. It’s the ultimate contempt gesture against someone. It’s also free speech, which the Constitution protects.

This means that, technically, the police cannot arrest you if you extend this single disrespectful digit at them. That doesn’t mean it’s a wise idea, though.

The police will often invent a reason to arrest you if they can’t come up with anything obvious in the moment. They’ll use something like failure to disburse or unlawful assembly. These are the standard charges when arresting peaceful protestors.

Cursing at Them is Not Illegal

It’s also not illegal to curse at a police officer. Maybe you feel like calling a cop some choice names:

However, once again, it’s not often a smart idea. If you curse at a cop during a traffic stop, it’s free speech, but you’re going to annoy or even enrage that officer.

They can then force you to take a breathalyzer or search your vehicle, claiming they smell marijuana. They might even plant drugs or a weapon on you if they’re furious about what you did.

They Can Get Away with Almost Anything

The recent Breonna Taylor decision made it clear what people of color have known for centuries: the police can more or less act with impunity. That’s why, if you do decide to flip off a cop or curse at them, you’re taking your life in your hands.

They won’t do as much if someone is filming them. If you know that a passerby has their phone out and is recording the interaction, then you’re in less danger, but only slightly so. Filming didn’t stop the police from murdering George Floyd.

These incidents prove that the police feel perfectly justified using violence against US citizens for questionable reasons. Until grand juries do more than just slap these cops on the wrist, that’s probably not going to change.

When They Feel Threatened, They Close Ranks

Another thing you should know about the police is that if one of them feels threatened, like during a protest, for instance, they’ll swiftly come to each other’s aid. This is the “thin blue line,” the idea that sticking up for each other matters more than sticking up for the citizens that officers are supposed to protect and serve.

Even if body camera or cell phone footage shows an officer doing something obviously wrong, the department will seldom throw the book at the offender. They might suspend the officer with pay for a couple of months, or allow them to retire with a full pension if the crime was particularly heinous.

Cops have a strong desire to help one another more than they do everyone else.

One final thing you should know if you’re about to encounter the police is that many departments also now engage in military-style training. This teaches them to be inherently more aggressive when they face the public.

If you’ve seen footage of lines of heavily-armored police officers advancing on protestors in Portland and elsewhere, and you think it looks like a military operation, that’s exactly right. Often, these officers are going into such situations wanting to escalate the tension rather than defuse it.

Because of all this, some are calling for police defunding. Whether that’s reasonable or even likely is unclear at this point.

One thing is certain, though: when you encounter the police, they have the power. If you mouth off to them or otherwise make them angry, there could be dire consequences.

During Your Illinois Truck Accident Lawsuit: What to Expect