Home At Home 7 Best Running Songs for Your Workout Routine 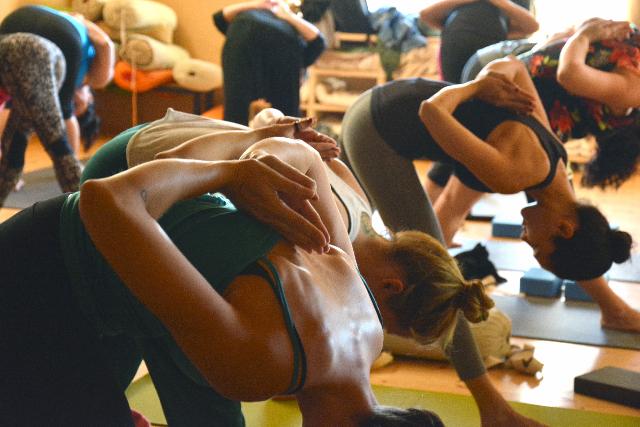 worldexecutivesdigest.com | 7 Best Running Songs for Your Workout Routine | The same old gym playlists can often make you tired before you even begin. Dull, generic workout dance that lacks drive and inspiration has become the standard around the world. So how can you add to your playlist with tracks that will not only keep you inspired and motivated but actually give you something new to listen to?

We delve into classic rock, modern pop, hip hop such as trap, and trance to bring you nine of the best running songs from across time, place, and genre that will add some fire to your workout music. Listen to them, download them, and start working out!

Lyrics about tigers, shooting stars, and racing cars all add to the pump and excitement. The clarion call of ‘Don’t Stop Me’ is a real inspiration when on that last set. The line about burning through the sky seems somewhat fitting when your legs feel like they about to pop.

If you like this track, try the crunching guitar of Queen’s ‘Hammer to Fall’.

A perfect slice of Pop from French dancer and songwriter Christine. This track is the biggest hit from her debut album Chaleur Humaine. It is a hypnotic, minimalist slice of genius.

It takes pulsing synths and programmed beats to create a surprisingly warm track. The lyrics slip from French to English effortlessly. It has a pulse that is superb for keeping pace on a mid-paced run.

If you like this, try her newer release ‘Girlfriend’.

Featuring a holy trifecta of Jay Z, Rihanna, and Kanye West, this track does not fail to disappoint. Fuzzy guitars pull against the clean vocal of Rihanna while Jay Z provides urgency and strength to the production. A military-style drum pattern adds to the danger inherent in the track.

Another great running tune, Run This Town has a pulse that makes you want to push further and harder than you have ever gone before. Of course, if you are a Kanye West fan then Stronger is also a great choice that almost made this list. Add them both for a maximum hip hop gym session.

Originally performed by sixties beat combo The Equals and later covered by pop-punk band Greenday, The Clash lay down the definitive version of this ode to being bad. Lyrics about gang violence and police brutality all add a feeling of being chased. The whole thing is pushed along by a siren-like two-note guitar riff.

Powerful drumming and sound effects all make you feel like you are speeding through a city. It sounds like the soundtrack to an eighties cop movie, the perfect genre for workout music. If you like it and it works well try adding their cover of ‘I Fought the Law’ to your playlist as well.

The Rolling Stones have a vast back catalog, and any number of their melodic, guitar baed tracks could feature. However, Start Me Up has a drive and power that only the eighties could bring, with crisp production and plodding bass lines that are excellent for a long weight session.

Wondering what to do for a workout? Check out Mick Jaggers fetching dance sequence at the start of the video. Compete with sweat pants and tight vests, it is almost as if the song was designed for a hefty session.

Hard, Eurocentric techno house music is the order of the day in this track. A huge hit in Europe in the early nineties, the song was the biggest hit for Dutch dance music band 2 Unlimited. It can be found in two versions, one of which is a commercial version with the rapping removed.

The version with the rapping in does have more intensity. Combined with the repetitive refrain of ‘No Limit’ they provide all the encouragement you need. The relentless hardcore beat with fat, layers of synths works brilliantly for a final push in your session.

From the days before needing to know how to connect AirPods to mac and listening to music on a pod. From the days before Pharrel sang family-friendly children’s tunes like Happy, he was in N.E.R.D. A hip hop, funk-rock band that were heavy, rhythmic, and poignant all at once.

Most of their back catalog could be used in a perfect gym playlist but this is a particular gem. Lyrics about being the best, retaining individuality and the pressures of modern society add depth and fire. Soft refrains collide against heavy drum breaks and hip hop fills.

The ups and downs of the track are excellent for a run, mixed gym session, or a quick cross-fit blast.

The Best Running Songs and What Comes Next

These songs are cross-genre and if one fits you more than the others, check out some more songs by the same artists or explore the genre a bit more. Eventually, you will have built the perfect workout playlist that does not rely on the same tired tracks you hear in the gym every day.

Get these best running songs downloaded and start on your fitness and health today!