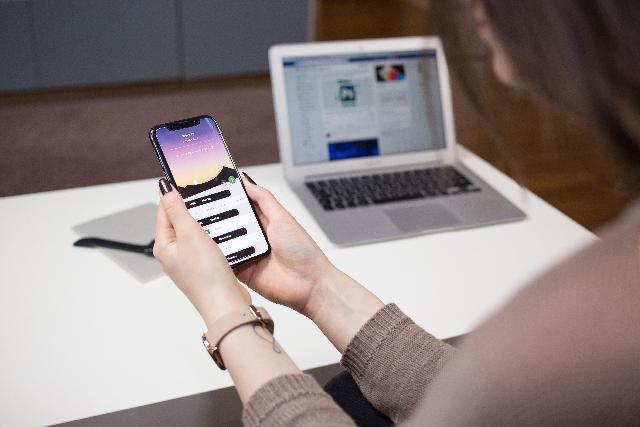 World Executives Digest  | 7 of the Best Free Movie Apps for Mac and iPhone | From iTunes to Disney+, there are a plethora of ways to watch movies on your Mac and iPhone devices. However, many of these platforms come with a catch: you have to pay for them.

But fortunately for us, these aren’t the only apps in town. Not by a long shot. So if you find yourself asking, “how can I watch movies on my MacBook Air and other Apple devices?”, you’re in luck.

There are many services out there that let you stream video content for no cost at all. And even though not all of these channels come with their own mobile apps, they can still be accessed through web apps.

So what are you waiting for? Continue reading and we’ll walk you through the top free movie apps that you need to know about!

With Kanopy, you can now watch independent and classic films with just your library card. Kanopy partners with libraries all over the country in order to provide all kinds of interesting and important movies to library members.

If you want, you can log in with your library card and see what movies are available on Kanopy. You can also lookup movies on their website and see if your library supports it.

Be aware that Kanopy puts a limit on how many movies you can watch each month. So you probably should only start watching movies that you think you’re going to finish.

And if Kanopy isn’t partnered with your library, then you can request your library to support them!

Vudu is a video streaming platform that has a similar structure to Amazon Prime’s streaming service. The prices for most movies are identical and you can buy or rent a large selection of films and TV shows. With that said, Vudu also has a section called “Movies On Us.”

This section lets you watch high-quality and popular films for free, with ads sprinkled throughout. You can compare it to watching a movie on live TV with standard commercial breaks.

There’s a Vudu app for both iPad and iPhone. For Mac users, you can just use the site’s web app.

Vimeo is generally seen as the classier, higher-quality version of YouTube. At Vimeo, they really try to preserve as much video quality as possible. It’s a popular streaming site for short films, music videos, and independent movies.

While not every video on this site is free, there are many independent films that are uploaded for free viewing by the filmmakers themselves. There also aren’t any ads on Vimeo’s platform, which is something that YouTube doesn’t have.

You can watch Vimeo videos on the web or download their iOS app for iPhone and iPad.

While it’s still pretty new to the world of streaming, Tubi TV is becoming more and more popular. This service recently started showing a bunch of films from major studios like MGM and Lionsgate. Even better, this service is completely free (it is supported by ads, though).

While their content library isn’t as expansive as something like Netflix, they still have many big-budget movies and great streaming quality. And if you’re looking for indie movies, foreign films, documentaries, and cult films, then you definitely should check out Tubi TV.

Tubi TV can be accessed via the web or as an app for iOS. In order to stream movies, you’re going to need to create an account first.

Its content catalog certainly won’t be a replacement for Netflix, but it does offer several big-budget films and decently high streaming quality. It’s available on iOS and web browser. An account is required to stream content.

Crackle is one of the original streamers. It was acquired by Sony and features a lot of their films. Unlike Netflix and other big streamers, Crackle offers free content.

You can watch their full-length movies at no cost, so long as you don’t mind sitting through some commercials. They also have original movies and TV shows. In fact, the popular web show, Comedians in Cars Getting Coffee, originally aired on Crackle.

Crackle has an app on the App Store and Mac users can watch Crackle content on their web browsers.

Roku is a popular device used for streaming content. If you own a Roku, then you have access to the Roku Channel. The channel provides free television shows and movies that have been licensed by the streaming company.

While all of this content is free to watch, it’s also supported by advertisements.

While the Netflix service isn’t technically free, it’s still free to download the Netflix mobile app. What’s really interesting is that even though Netflix has an official iOS app, they don’t have one for Mac. But despite this, people who use Macs can still download Netflix on Mac and watch Netflix movies offline.

The Answer to the Question: How Can I Watch Movies on My Macbook Air and Other Apple Devices?

Hopefully, after reading the above article, you now feel that you have an answer to the question, “how can I watch movies on my MacBook Air and other Apple devices?”

As we can see, there are several free and high-quality options at your disposal. And because there’s so many, you’re bound to find a bunch of movies that you’re going to like.

Are you looking for other helpful tech articles like this one? If so, then make sure to check out the rest of our blog today for more!

5 Fun Things to Do in Queens, NY