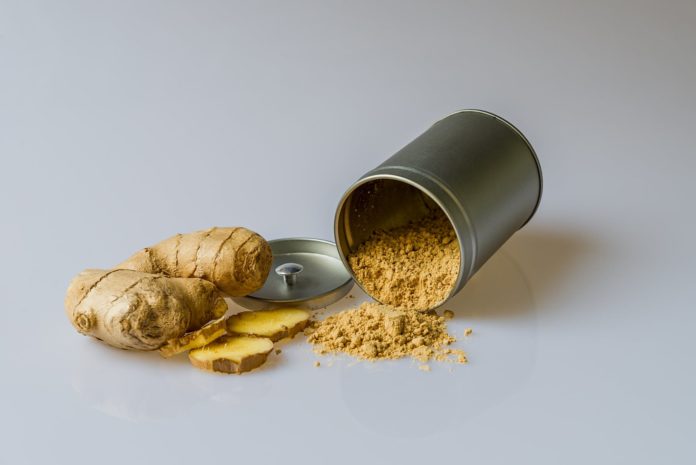 While the numerous healing properties of ancient herbs and spices has long been established — through their historical usage by some communities and through scientific research in the western world — their use in western cuisine remains limited owing to their strong flavor and aroma.

Nonetheless, several herbs and spices are available as supplements that are easier to consume, particularly for those with a busy life and little time to prepare elaborate meals.

Inflammation, the root cause of numerous physical ailments, including heart disease, arthritis and aging, can be repaired and controlled to some extent by consuming anti-inflammatory foods on a regular basis. Here are eight herbs widely used by herbalists and naturopaths for their positive effect on inflammation.

While it has been used for centuries in South-Asian kitchens to give curries a beautiful yellow-orange color, turmeric is now used across the world as a potent herbal treatment for a variety of ailments.

Curcumin, the active compound in turmeric is what lends this ancient spice its numerous health benefits. Traditionally used in by Asian herbalists to treat wounds and inflammation, improve digestion and boost general health, turmeric is now easily available as a nutritional supplement with targeted health benefits.

Ginger is well-known as an excellent remedy for cough, cold and sore throat. It controls inflammation, reduces soreness and is revered for its pain-relieving effect. Ginger can be easily added to foods; however, it is also available in the form of powder and capsules for those wanting a concentrated dose of this super herb for specific healing benefits.

Cinnamon is a potent spice famous to its ability to lower blood glucose levels, which makes it a popular natural therapy for diabetes. Its antioxidant and anti-inflammatory effects and its ability to protect the body against cell damage are well-documented in numerous studies.

Cinnamon powder can be added to most desserts, meals and beverages. Its flavorful aroma and sweetness lend a sweet taste to dishes, which explains why it is popular as an ideal replacement for sugar in diabetic foods.

While rosemary is used to flavor all types of dishes, not many people know that it’s a potent antioxidant herb gifted with compounds that inhibit free radical damage in the body. Rosemary fights inflammation induced by cell damage through a compound known as rosmarinic acid.

Additionally, rosemary contains essential nutrients such as iron, manganese and potassium, making it a super-herb that gives your food a lot more than just a wonderful, rich aroma.

Cloves have been used for centuries to treat tooth and gum diseases and to improve oral health. While whole cloves are a great flavorful addition to meals, ground cloves are routinely used in spice mixes and herbal medication.

Eugenol, a compound found in plenty in cloves, is responsible for the anti-inflammation properties of this spice. Externally, clove oil is applied as a natural remedy for fungal infection and other skin problems.

Not many people know what is mimosa and how it benefits the body. This beautiful, shy flowering plant, commonly known as touch-me-not, is a powerhouse of natural healing compounds, which makes it a revered ancient remedy for digestive ailments, inflammation, toxicity and wound healing, and several other health conditions.

Mimosa extract is increasingly being used in supplements that support gradual and effective detoxification of body systems affected by modern lifestyle. Aside from cleansing the digestive organs, it also boosts immunity, thereby improving the overall well-being of a person.

This powerful herb has been used for eons in the traditional medicine system of Ayurveda to treat conditions such as arthritis, lung disease, asthma, ulcerative colitis and digestive ailments.

Boswellia gets its anti-inflammatory properties from an active compound called boswellic acid. Owing to its tremendous health benefits, it has been developed into a health supplement and is easily available in tablet and capsule forms.

In some Asian countries, chewing on a piece of licorice is frequently used as a home remedy for persistent cough. Licorice candy makes for a tasty and healthy treat for children and adults alike. Aside from its healing effect on cough, cold, mouth and stomach ulcers and acid reflux, licorice is traditionally used as an anti-inflammatory medicine effective in treating chronic conditions such as diabetes, hepatitis and gastritis.

Owing to its strong anti-inflammatory action, licorice root has been researched for its potential in the treatment of cancer, liver diseases and digestive disorders. It has also been shown to control chronic inflammation in diseases such as arthritis.