Home BEST PRACTICES At the Click of a Button: How Online Auctions Have Changed the... 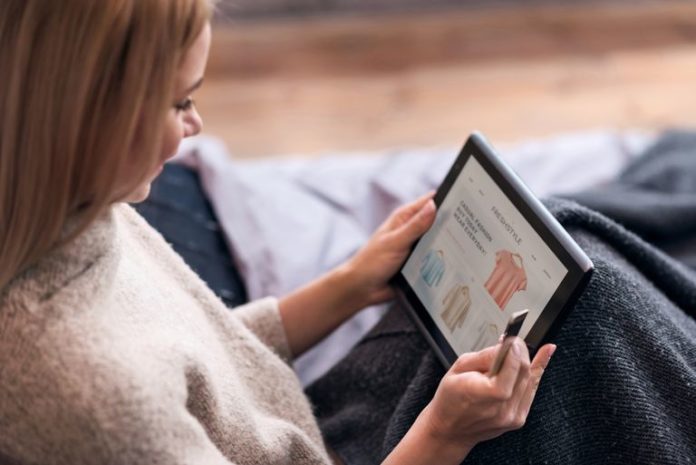 Auctions have been around since at least 500 B.C. when the ancient Greek historian Herodotus first mentioned it. Goods were presented, and bids were made either in ascending or descending order until the good was sold. But auctions back then weren’t exactly the same as we know them today. Over the ages, auctions seemed to have needed time to evolve into what they are today. There were bright times as well as dark times in which auctions were used. Civilizations learned to use auctions to sell the property, pieces of the estate, or to even fund the construction of temples and other buildings. But many a human life had been sold into slavery or forced marriage through those same processes. But after the age of the Roman Empire, auctioning would take a backseat until the 18thcentury.

But now, in the modern day, auctions are generally used to auction things such as personal belongings, precious items and artefacts, famous works, and even whole homes and buildings. We often see auctions in auction houses, but much of the world is now open to auctioning thanks to online auctions.

Where Auctions Used to Be

Auctions in ancient times used to take place at stalls, on stages, and in other market settings. The first known auction house was not known until 1674 when the Stockholm Auction House was opened in Sweden. More auction houses would open following that, including the second-largest auction house in the world that would later open in London in 1744.

That doesn’t mean auctions were solely held in auction houses though. Auctions were reported during the end of the 18th century to have been held also in taverns and coffeehouses even. These sorts of auctions were usually daily, and they included the auctioning of items such as art, books, or jewellery.

Chances are you’ve heard of online auctions. These are auctions that are held entirely on the internet, usually through a website that is designed to allow sellers to set their prices and for bidders to bid for those goods and items. Some of the most popular sites for these kinds of auctions include eBay.com, which is famous for selling all kinds of things from used toys to brand-new computer equipment. There also more specialized auction sites online that can help you find what you’re really looking for. For example, if you’re looking for farming equipment or construction equipment in particular, you’d have a better chance at finding more at EquifyAuctions.com instead of eBay due to the more general nature of eBay. For the more general buyers looking for trinkets or their next Christmas gift, you could browse eBay or other online alternatives to eBay.

The world of auctions has since expanded and diversified almost to the point of beyond counting. There are auctions for almost every kind of product, services, and more. Whether you’re going to a physical location to view and bid on goods, or you’re browsing the internet looking for a site that auctions items and services, here are some examples of auctions that you may run into.

These are the auctions where rare cars and collector’s editions might find their way to, but you can also find used cars, salvage, and other vehicles that may be auctioned off. You can find these kinds of auctions just about anywhere in the United States. You can find online sites that auction motor vehicles.

These are some of the most common kinds of auctions you may run into. At these auctions, there are various governmental bodies that may be bringing various goods to an auction. These items are usually things that the government is trying to sell, surplus items that need to go, or occasionally, items that may have been confiscated by the government from smugglers and other criminal elements. Chances are you will find some very interesting things out there. There are online options for government and general auctions.

These usually happen at general auctions, but police auctions are often used to auction off items that have either been seized by the police or they are lost-and-found items that were never claimed.

These are the kinds of auctions where you can find and buy anything from homes, to land, to commercial buildings, or maybe even an old, ancient castle. When you’re looking for a building or just a vacant lot, this is the most likely place to find one.

If you’re a farmer or a breeder, you’re probably familiar with these. But for everyone else, this is where animals from thorough-bred horses to livestock are auctioned and sold. For those conscious of animal treatment at auctions, if you should spot mistreatment of animals, there are organizations that can be contacted to file reports.

As mentioned earlier, these auctions occur online and take place on websites designed for sellers and bidders to make their auctions and transactions. There is almost a website for everything that can be auctioned out there, but some may be more reputable than others. So, it is best to research into an auction site before registering and making bids or selling.

That’s right, you can even bid on your next vacation. There are websites that allow you to bid on things ranging from hotels, cruises, and plane flights. You can even find vacation rentals on some of these auction sites.

There are many kinds of auctions and their methods of bidding, but generally, there are two types that are commonly known and used by regular people.

Another name that this auction bidding method goes by is The English Auction. Most people that bid in auctions, especially online, are familiar with this kind. In the Open Ascending Price Auction, a bidder will present a bid that must be higher than the previous bid. So, if an opposing bidder were to bid $5.00 on something, you would have to bid higher than that in order to participate. There are times in which a seller may set a minimum sale price, however. This is called a “reserve price” and it has to be met by a bidder for the item to actually be sold. Should the bid not reach the reserve price target, at least, the item will not be sold.

This method is also known as the Dutch Auction. In this method, the auctioned item is set to a high asking price, and the price gets lowered until someone is ready to bid on the item or items. The price will get lowered until it finally meets the seller’s reserve price.

This method is particularly unique in that if there are multiple items involved, an item lot might be described in the auction. If the bidder does not want all of the goods in the lot, there can actually be more than one winning bidder and the spoils get divided up by the first bidder selecting their items first and then the second bidder choosing, and so forth.

What Have Online Auctions Done for Us?

More like, what have Online Auctions done for the whole world? Thanks to the expansiveness of the internet, almost anything can be auctioned not just to a local audience of bidders, but to a whole planet of bidders now. Some sellers open up shop on these sites exclusively, not just to auction off goods, but to make their whole business and living. The landscape of auctions has changed because of the online element, and for a lot of people in the United States and other countries, it’s been for the better. Online auctions even act as a second storefront for brick-and-mortar stores that you might not have known of otherwise had you not just found them online while you were searching for your child’s next Christmas toy present or for that car you’ve always wanted.

Online auctions allow organizations, businesses, and regular people to find new ways to connect with bidders and customers that normally would never have been possible. So, it’s not just a convenience thing. Online auctions are an active element in further boosting the economic flow of your local area, and areas all around.

Online auctions will likely continue to evolve and take the world of auctioning along with it. The convenience is practically unmatched, and with the way it connects sellers to bidders, there’s almost no comparison. Things are easier to find and easier to get thanks to online auctions, and the people that found these auction sites will continually work to improve the process and experience that drives seller and bidder traffic to them. So, when you’re unable to find a local auction for something you want, or you don’t feel like driving out to a local auction, the power to find anything is literally at your fingertips now.