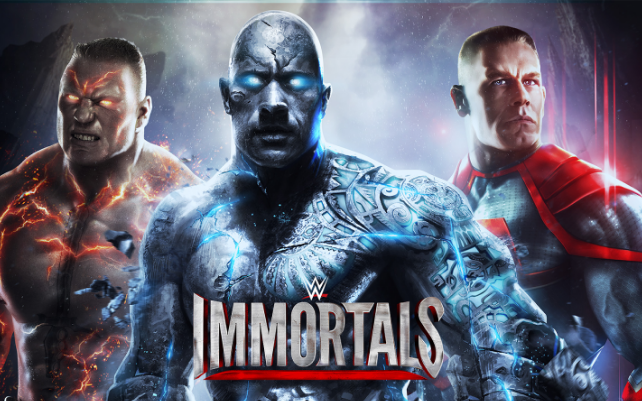 Nikhil Aggarwal, World Executives Digest | Best Fighting Games for Android | Are you bored of playing same old mobile games related to shooting and adventure genres? Maybe it’s time you need a change of scenario. Android gaming apps in play store bring best games to kick back your leisure time by indulging in some popular fighting games. You need not be necessarily violent to enjoy a fighting game. It takes skills, speed, and motion controls to enjoy these games.

Here are some addicting kick-ass fighting games to play in your leisure time.

This game takes you into the world of supernatural WWE warriors who are converted to mythical heroes. It is one-on-one game and the bottom line of the game is to boost your character strength by taking down the rivals. The game itself is very addicting and as your character level increases, the rivals become stronger and harder to knock down. The central concept and execution styles make it a cool game to spend your time.

If you need a damn good fighting game with blood and gore all the way, then mortal combat X is a perfect choice. It comes in a story mode with good and evil characters finding their stand in the tale. With new characters and weapons to fight, you are sure to sit on the edge of your chair while playing this sophisticated animation fights. The plot with cinematic visuals and dynamic graphics are more than you could ask for in a game.

It is one of the finest fighting games, which provides single-player content. The game itself has excelled in its various combat styles and makes it addicting. The depth and complexity of the game have taken it to new heights in fighting game genre. The eye-melting graphics and quick controls make it irresistible for gamers to stop it from playing. Impressive weapons, engaging graphics, killer moves, and stunning character profiles make it a treasured game.

If you are not a big fan of character graphics, then shadow fight 2 is your ideal choice of a fighting game. The fighters are depicted only as shadows and silhouettes with stunning backgrounds. The inclusion of new weapons and martial arts moves is what makes the game so darn interesting. The cool backflip moves and running up walls are done smoothly with numerous fighting modes. Deadly weapons laced with fluid animations and realistic sound effects make it a memorable game.

Injustice: Gods Among Us

This is probably one popular game which does not need any introduction. With superheroes at your disposal gear up to strike the villains with your own character set of abilities and super powers. The ease of playing is what made the game so popular. Simple swiping and tapping the screen multiple times does the job of a hero gracefully. The interactive environment around the characters is updated with weapons which create an interesting fighting scene. The storyline of a fictional universe with your favorite super heroes is worth downloading the game.

It is a one-on-one fighting game with revenge as the central plot. Though it may look similar to other fighting games, it differs with the plot, surroundings, and characterization of the hero. It is about seeking justice which was denied years ago by entering an underground fighting tournament. The introduction of new characters and combat style makes it a unique game.

If you are looking to throw some punches on your opponent, real boxing 2 should be your pick. With smart controls and tactical fights, it will satisfy your love of boxing by taking down the opponent. The game included a training stage to teach a few tricks before starting the combat. Finally, the game is a potpourri of skills, precision, and planning. A tip to gamers is not to over dodge or to get punched repeatedly.

It is a fighting game involving traditional samurai fights with a different mode of attacks and weapons. The counter-attacks, rolls, and special moves make the game interesting with precise execution techniques. Challenges tend to grow tougher with the completion of each level. The game offers different modes like practice mode, arcade mode, and survival mode each offering different levels of challenge. The music and sound design for the game are really good and suit the fighting scenario.

Read Also: Picking a game in the Indian lotteries

Pick a game of your choice to vent your stress after a hectic day. These games give you a chance to fight in your beloved character and show some cool fighting moves. Once you start playing these games, you will become a loyal follower of this genre and explore new launches on your own. It is advisory for underage kids to stay out of the few gory bloodthirsty fighting games which carry explicit impressionable content.

Author Bio: I’m currently working as Content Manager with SEO Experts India. I have a great passion for digital marketing and I help small and medium-sized businesses improve their online presence and grow their revenue by formulating effective digital marketing strategies for them. Apart from Digital Marketing Services, I have a keen interest in Entrepreneurship, Online Reputation Management, Website Optimization, Quality Link Building Tech Consultancy, etc.