Home 1-slider BigDish: A Win-Win for Users and the Restaurant Industry 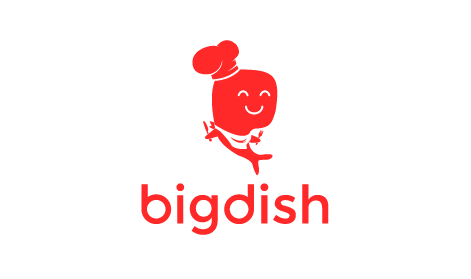 Have you been wanting to reserve a table at your favourite restaurant but are worried of the credit card charges?

Or does it seem a little hassle for you to still print a coupon after securing a restaurant promo online?

Well good news, foodies! Cut all those nuisances with this new app having a brand-new way of offering dining deals and discounts.

With BigDish, users can enjoy up to 50% discount at fantastic restaurants in Manila. All they have to do is 1) download the app, 2) search a restaurant 3) select the time and the discount 4) enter the reservation details to confirm. The customers then have to present their SMS confirmation to the staff upon entering the restaurant. It’s that simple! 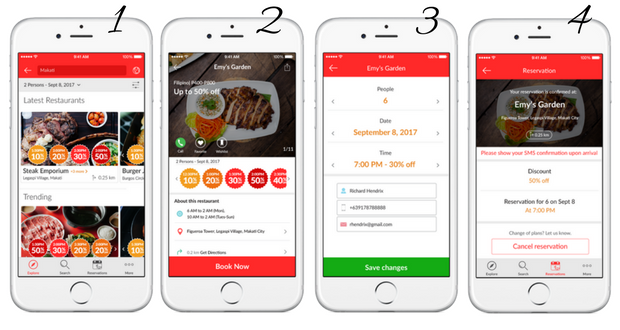 After its launch in the Philippines in 2016, BigDish has been able to expand in Indonesia and Hong Kong in less than six months. With hard work, BigDish CEO Joost Boer believes the company could also reach other countries in the Asian region.

Joost Boer originates from the Netherlands. At a young age, he has always been passionate in creating and discovering new things, which led him to pursue activities like drawing, painting, and later on running and growing a popular video games website.

Boer even explored other South East Asian countries including Australia as he felt it was important for him to immerse himself into a different culture and to learn about them.

Boer took up his Bachelor’s Degree in International Business and Management at the University of Groningen in 2007 and his Strategic Management Masters at the Erasmus University of Rotterdam in 2011, both in Netherlands.

Having worked at the restaurant industry for quite some time, Boer recognized the need to address the problem in the seating capacity of restaurants during their off-peak hours.

“Restaurants are a type of business that is dealing with a perishable inventory. A perishable inventory means tables have seats which are not taken by people, so whenever a restaurant is opening up and there are few visits, it is basically losing money.”

“So the idea came from solving an extremely important problem for the restaurant industry – filling up the seating capacity. It is similar, for an instance, to an airplane which is taking off with empty seats. It is equally harmful for a restaurant to go in an evening with the capacity only being at 30% or 20% full.”

Boer emphasizes how BigDish addresses the need. “What is not there is an application that specifically helps the restaurants bring people in those times when they need them or at off-peak hours.”

Boer says this process is called yield management, which has already been done by the airline and hotel industries. BigDish now attempts to apply this within the restaurant industry. “If you look at the hotel and airline industries, we would see that they could reach their capacity at 70%, whereas the restaurant industry’s capacity would only be at around 30%. There are lots of room to improve the capacity management of restaurants, and with that, to also increase their profitability and revenue.”

In the BigDish app, a user could filter restaurants based on distance, an A-Z list or cuisine-type. They could check out the restaurant, tap the discount and choose the number of people they want to dine with. They can then click the OK button and confirm their reservation booking.

“The users never have to worry about printing a coupon or a voucher. No need to put credit card details, no need to buy for anything upfront. They simply make the booking, walk into the restaurant, they dine and get the discount automatically applied at their food bill. That’s it!” Boer says.

Boer says BigDish does not only feature expensive or fine dining restaurants but is now currently working with popular brands and local restaurants in the Philippines. Asked if the company is aiming to achieve more, he says he feels that there are no real limits to the number of countries where BigDish can be in, and that they are opening their eyes towards the Asia Pacific region.

Boer believes a person can create much more impact in start-ups than in an organizational structure. “If you are somebody who likes to build stuff, who likes to see things grow and build something from nothing, then a start-up is an extremely exciting thing.”

Thus, BigDish makes the point to hire smart people for them to tell the company what to do. Their inputs and opinions are highly appreciated.

Boer says start-ups are not for the faint of heart. “If you are going to work in a start-up, you need to be a self-starter who works very hard, who does not complain and who cares a lot about the business. I think the attitude is the most important thing.”

Boer states what to avoid in start-ups. “I think the biggest “Don’t” in start-ups is to create a product that nobody really wants. The number one reason why start-ups fail is that there is not a proper product market fit.”

Despite being an achiever, Boer still believes in life outside of work. He enjoys Muay Thai, reading books, playing video games and watching movies.

For Boer, success means reaching the point in his life where he is satisfied with who he is, with what he does, and being satisfied and happy with the people around him.