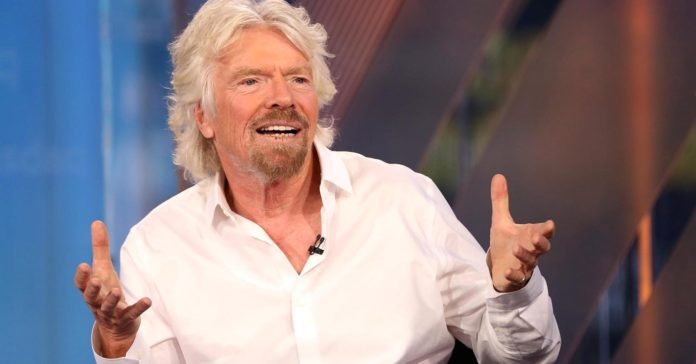 Julius Ordoñez, World Executives Digest | Sir Richard Branson, the Chairman and CEO of the Virgin Group is worth US$5.1 Billion today. His global business empire cuts across 30 countries and spans 200 companies including Virgin Galactic, a space-tourism company. Also known for his adventurous spirit and sporting achievements, Branson lives in London with his second wife and two children, while maintaining a private resort in Necker Island — among two islands he bought. How did this dyslexic high school drop-out make it to the top?

At 13, Branson struggled with dyslexia and nearly failed out of the all-boys Scaitcliffe School. He then transferred to Stowe School, a boarding school in Stowe, Buckinghamshire, England till he dropped out at the age of 16 to start a youth-culture magazine called Student. Living in a London commune and surrounded by the British music and drug scene, it was during this time that Branson began a mail-order record company called Virgin to help fund his magazine efforts. His first artist on the Virgin Records label, Mike Oldfield, recorded his single “Tubular Bells” in 1973. It was an instant smash, staying on the UK charts for 247 weeks. He eventually signed other aspiring musical groups to the label, including the Sex Pistols, followed by the Culture Club, the Rolling Stones, and Genesis, helping to make Virgin Music one of the top six record companies in the world.

Expanding his enterprise, Branson launched a travel company called the Voyager Group in 1980, the airline Virgin Atlantic in 1984, and a series of Virgin Megastores. But in 1992, Virgin Records was in dire financial straits and was sold later that year to THORN EMI for $1 billion. Branson was crushed by the loss, reportedly crying after the contract was signed, but remained determined to stay in the music business. In 1993, he founded the station Virgin Radio, and several years later he started a second record company, V2. Founded in 1996, V2 now includes artists such as Powder Finger and Tom Jones.

Branson had other failures throughout his 45 years in business, among them: Virgin Cola, Virgin Brides, Virgin Cars and VirginStudent.com. Branson has lived by his famous quote, “If you don’t have failures, you’re not trying hard enough.”

In an interview with Business Insider in 2016, Branson said, “My mother drummed into me from an early age that I should not spend much time regretting the past. I try to bring that discipline to my business career. Over the years, my team and I have not let mistakes, failures or mishaps get us down. Instead, even when a venture has failed, we try to look for opportunities, to see whether we can capitalize on another gap in the market.”

Throughout his struggles in life and business, he has not let failures stop him from achieving his goals. Instead, they have pushed him beyond his limits and has extended his resiliency towards his people.

True entrepreneurs like Branson never seem fazed by the prospect of failure as they always seem able to regroup and start over again. They keep an open mind and know when a business idea is not working, or the competition is just too powerful, and decide that it’s time to call it a day.

People like Branson are successful because they have a relentless attitude towards their dreams. They take calculated risks and bury their failures easily and move on from what Branson candidly says are, “a few misses.”

Are you ready to take your business or career to the next level?