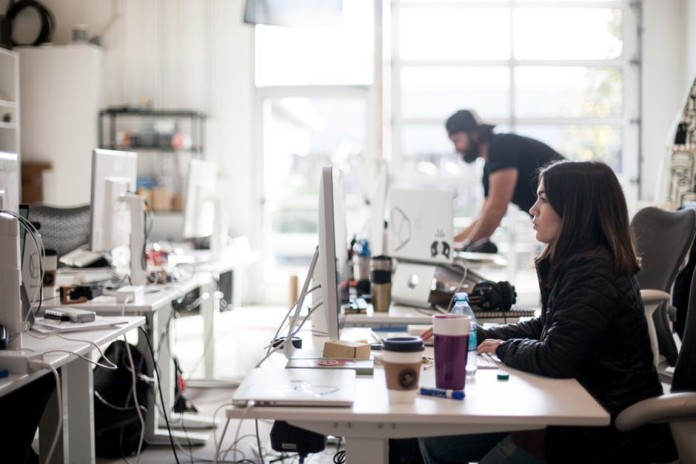 The development of technology has always had a very profound impact on everything that is going on in the world of business, and vice-versa. Today, this interesting dynamic gets a new significance. Namely, unlike the previous times when innovations needed decades to become fully adopted, new technologies are breaching the business landscape much faster. And the adoption is occurring across the board. Keeping an eye on the developing technologies is probably more important than ever. So, let’s take a look at some of the business technology trends that will shape 2017.

Chatbots Will Raise Their IQ

On the paper, current smartphone chatbots sound very impressive. Unfortunately, up until now, their functionality was rather rudimentary and limited to simple searches and weather checks. However, things are about to change. As more and more people use chatbots for all kinds of simple chores, and businesses invest more time into their development, chatbots will soon become very valuable, if not irreplaceable, business assets.

Virtual Reality is a technology that has been mentioned fairly often on the “trending technologies” lists over the last couple of years, but aside from the gaming industry, VR never truly became mainstream. On the other hand, augmented reality has proven to be a much easier nut to crack. While developers are still trying to find the way to properly harness the power of VR, we will continue to see implementation of AR anywhere from simple smartphone applications to complex, sensor-rich business systems.

The Ongoing Rise of E-Commerce

It is very hard to ignore the obvious benefits of shopping online. As a matter of fact, the culture of online shopping is blossoming so much that there is a huge number of customers who don’t even want to purchase anything that can’t be delivered. As a result, online marketplace is only going to grow. According to some estimation, by the year 2020, worldwide e-commerce will top $4 trillion making a $2 trillion jump from 2016’s $1.92 trillion.

The very term “cybersecurity” doesn’t have anything particularly new to it, but if we put it in the context of IoT (Internet of Things) we can see that the mentioned technology is still in its infancy and that we know very little about the ultimate extent of  the threats IoT brings to the table. This situation needs to change, so expect to see more money invested in behavior analytics and wider adoption of multi-layered security measures.

The Rise of Smart Offices

Although the IoT technology is developing at a rapid pace, most of the devices tapping into its unlimited power are still largely isolated islands scattered across the ocean. 2017 will be the year when we’ll finally start to build bridges, and the resulting unity will make the distant dreams of smart homes and smart cities if just a little bit closer to reality. This trend will, naturally, be spearheaded by smart offices.

Unfortunately, no matter how smart they are, business offices still occupy an on-site space, and are therefore subjected to various sorts of real-life crime. Thus, it is good to know that the development of security monitoring systems and on-site alarms goes toe to toe with the development of cybersecurity measures, and uses the advantages of IoT. As the time goes by, these three terms will be even more connected and mutually dependent.

For a very long time it was believed that marketing requires a human touch. While that may still hold true when it comes to the initial phases of marketing engineering, there are now softwares like Eloqua, and HubSpot that are able to handle an entire slew of marketing duties ranging from funnel management, CRM, and delivering customized messages to individual customers, to website optimization and integrated SEO. That should help small business enter the business arena from much more competitive positions.

The Final Charge of Cloud Computing

Ever since it first popped up on the business horizon, it was very obvious that cloud computing had a very bright future. The speed at which Cloud would conquer the world was hard to predict though. According to the last year’s State of the SMB Cloud report, the adoption of cloud computing rose to 70% amongst companies with fewer than 100 employees, and more than 90% amongst companies with 100-999 employees. This year, Cloud will conquer the rest.

Big data, without any doubt, has a potential to advance a huge number of human activities ranging anywhere from marketing, to medical treatments. If we only knew how to bring more sense into the huge number of gathered data. In 2017 we will make bolder steps toward understanding data by seeking more qualitative and empathic bits of data, and finally projecting it in a more accessible way.

As we can see, although 2017 isn’t promising any new, revolutionary developments, there are enough evolutionary processes going on to keep us excited. And since the introduction and early adoption of any new technology is usually followed by turmoil and security blind spots, this short calm may be for the best.

Homerun Nievera is the publisher of WorldExecutivesDigest.com. He has interests in several tech and digital businesses as director and chief strategist.

Homerun is a digital evangelist, content marketer and lifelong learning advocate. Homerun is the “He Said” in the popular Facebook Page He Said, She Said.