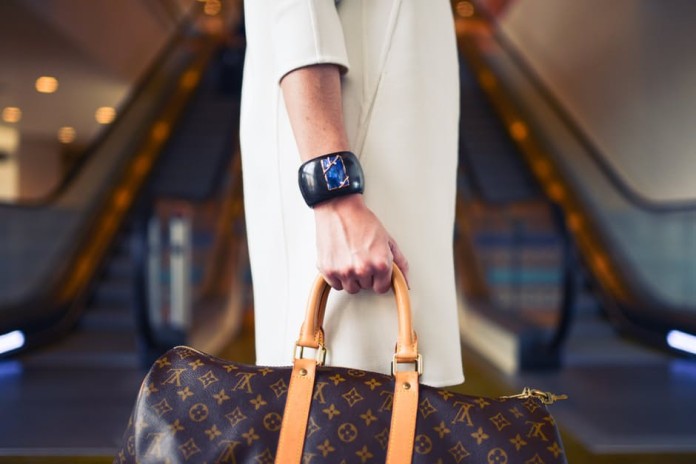 As consumer attitudes all over the world continue to evolve, become more sophisticated, and, also, complicated, an international market research firm has identified 10 key consumer trends that brands can expect to reign this year—a list which, hopefully, can help marketers get a better grasp of their audiences’ wants and needs.

In the report “Top 10 Global Consumer Trends of 2017,” Euromonitor International encourages brands to focus on these things when dealing with today’s consumers: the changing narrative around aging; how children are given more of a say on the family’s purchases; the emergence of “extraordinary” consumers; faster shopping; the allure of authenticity; how the concept of identity is in flux; personalization; the post-purchase experience; privacy and security; and wellness as a status symbol.

While millennials have become a hot topic, the report suggests that brands also train their focus on those whose ages are over 50, as almost a quarter of people all over the world will be in this age group by this year.

“Anxious as well as inspired by aging, they are keen consumers of a long list of health and beauty products and fashion-forward options and are receptive to tech developments,” the report reads.

There’s even a label for this market: midorexia, or the “middle-aged and older consumers who act younger than their years,” and it’s a term that  “highlights the shifting status and expectations of a demographic whose members are living and working for longer and prioritizing wellness while challenging the typical age-appropriate behavior of older people.”

The narrative around aging is changing also because many older influencers are making waves in various industries, and are most likely effecting change more than the younger Instagram-famous celebrities.

The report cites actress Renee Zellweger as one example, as she has been outspoken about the issue of body-shaming older people.

Another example is Gucci’s choice of 79-year-old Vanessa Redgrave as the face of one their campaigns, despite being in an industry which most of the time celebrates youth.

On the other end of the spectrum, young children are also seen to have more influence on their family’s consumption, the report states, primarily because they are now more exposed to more “adult” issues such as poverty, the environment, sexuality and identity.

“This child input in buying decisions is illustrated by the results of Euromonitor International’s August 2015 Analyst Pulse survey, offering feedback on consumption from its network of global researchers,” the report reads.

“In terms of child-specific treats such as toys and games, for instance, 67 percent of analysts in the US, Canada and Caribbean asserted that children aged 3-11 had considerable input or complete control of the purchasing decision in their countries. In the Asia-Pacific region, this reached 69 percent; in Europe it was 77 percent; while in Latin America, this figure rose to 82 percent,” it adds.

Parents’ struggle to maintain work-life balance is another factor which allows children more leeway to make their own consumption decisions, the report states.

Usually pressed for time, parents usually just let their kids make their own choices, mostly when it comes to food and grocery items. The kids essentially are described as “consumers in training.”

Another set of consumer brands need to consider are the “extraordinary” ones, or those who do not fall under typical categories that comply with a certain size, weight, height, physical ability, dominant hand, and food tolerance, to name a few.

In fashion, for one, it’s all about providing consumers with “real people” sizes, and making themselves feel positive about their bodies, whatever their shape and size (the term “plus-size” has received some criticism, states the report,  as it somewhat gives the indication that one is big but should not be).

There’s also the concept of “healthwear,” or “an apparel niche that adapts the techniques and trends of fashion and applies them to the challenges created by illness and disability.”

An example of this is a shirt designed by Maura Horton of MagnaReady, which has magnetic closures to make it easier to wear for those with Parkinson’s disease, a disease her husband is battling.

Across all markets, the report states that the following issues are becoming increasingly important to consumers: brand authenticity, customization, shopping speed, privacy and security, and post-purchase care.

Basically, consumers are in pursuit of more “genuine” brands which they also feel cater to them on a more personal level—and they want faster access to such brands. In fact, “impatient” is how the report describes today’s consumers.

As for authenticity, consumers are becoming more attracted to brands which they feel they can relate to.

“With millions more user-generated images shared among consumers due to mobile internet and phone cameras, a number of brands are identifying consumers’ own photographs and incorporating them into their marketing material to make it seem more authentic and relatable,” the report states. “‘Less-than-slick’ is not only acceptable, but sometimes desirable, as immediacy and the moment are what counts.”

The report also forecasts that both consumers and brands will put more premium on the post-purchase experience, whether it’s through support, reviews, or feedback.

Safety, of course, is and will always be one major source of concern for consumers, especially in a more digitally connected world where information can be accessed with one click.

“In our volatile world, consumers are anxious to stay safe and well. The focus is on personal safety and that of loved ones,” the report states. “Consumers also experience hope, mixed with a tinge of distrust, in the promise of artificial intelligence and tech to keep us from harm in an uncertain world.”

It adds: “Personal safety extends to the need for protection from the elements and environmental threats,” hence the growing popularity of “all-natural” food products, for instance.

Lastly, there are two more trends which Euromonitor highlights.

One is the fluidity of identity.

“Brands are being forced to rethink just who their audiences really are, within countries and in different countries, and how they interact with each other. This shifting nature of identity is perhaps epitomized  in the greater focus on online ID and data breaches, which threaten our digital reputation. At the same time, many consumers aspire to be global. In the so-called global village, universal brands are still perceived as an opportunity to be a world citizen by their consumers,” states the report.

The other is how healthy living—eating well, exercising—has become more of a status symbol, rather than just a mere lifestyle choice.

“At a time when consuming ‘stuff,’ once an indicator of wealth, is now taking a back seat, the lack of things, of excess fat, of wayward thoughts even, now defines aspiration and is at the heart of consumer interest in wellness,” the report reads.

As to which trend will truly reign supreme this year? Nothing to do but wait and see.

What Are the Warning Signs for Debt Collection Scams?

The Most Innovative Trends in the Construction Industry in 2022

Skills for Being a Better Entrepreneur