Home Health Is There a Right Way to Cope with Your Sinusitis? 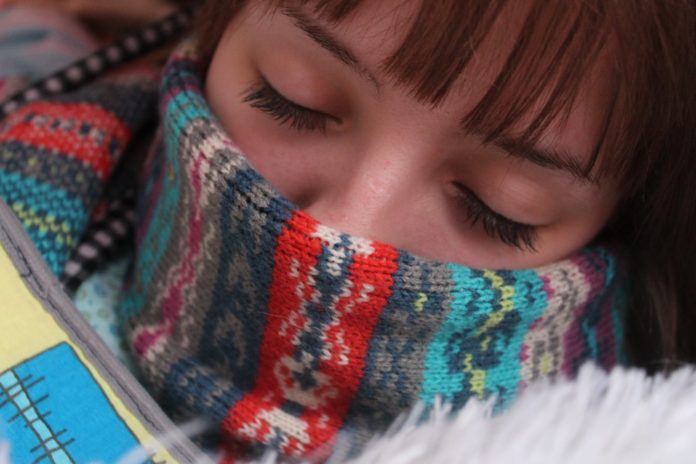 Sinusitis is the inflammation of the mucosa of the paranasal sinuses that can be caused by a fungus, a virus, or an allergy. The paranasal sinuses are small hollows full of air; they are divided into frontal sinuses (they are in the frontal part of the skull, located above the nose, in the forehead), ethmoidal sinuses (they are located in the sides of the nose, between the bones) and maxillary sinuses (located in the cheeks). In normal circumstances, air passes through the sinuses without a problem. However, people suffering from sinusitis have these spaces blocked and suffer discomfort and difficulties when breathing.

This issue has a wide variety of symptoms and in some cases can have a considerable impact on the patients’ quality of life.

The main symptoms of sinusitis include pain and pressure behind the eyes, secretion and nasal congestion, partial or total loss of the sense of smell, fatigue, headache, fever, sore throat, and cough, which tends to get worse at night.

In acute sinusitis, these symptoms usually appear after a stubborn cold that may have even worsened over a couple of days. And in the case of a chronic sinusitis, the symptoms are the same, although milder. In case the symptoms last for more than two weeks, you develop a fever, suffer severe headaches, or notice a change in vision, it’s paramount that you see a doctor.

The treatment of acute sinusitis is mainly based on symptomatic treatment. Analgesia in case of pain, nasal sprays with saline solutions, or nasal decongestants may be useful. These can’t actually cure the disease but can at least manage the symptoms.

Systemic antibiotics are recommended for patients with acute sinusitis who also suffer from a fever and purulent mucus on suspicion of bacterial infection. In some more severe cases, oral corticosteroids can be very useful.

For people who suffer from chronic sinusitis, treatment is mainly based on intranasal corticosteroids. Nasal washes with saline solutions improve the treatment effect by removing the mucus that covers the nasal mucosa. Shorter or longer periods of antibiotic use are usually necessary in these cases, as well. However, it’s important to mention that a rhinoplasty surgery may turn out to be an ideal solution for patients with chronic sinusitis. Sometimes, a deviated septum or narrow nose openings can be the main issue for sinusitis, and a surgery can fix this effectively in order to improve the patient’s quality of life.

3. Is there a way to prevent sinusitis?

Prevention is based mainly on avoiding predisposing factors such as smoke, pollutants and toxins. Try to increase body moisture and sinus tract by ingesting fluids, especially water, and using a humidifier. When you get an allergic reaction to something, do your best to treat is as soon as possible. Do the same if you happen to suffer a respiratory infection as well. Still, even if you do your best when self-care is concerned, no one can guarantee 100% that you will never suffer from sinusitis.

Most of the complications caused by sinusitis happen due to the paranasal sinuses. With that being said, bone inflammation and erosion around paranasal sinuses can be one of the main complications. Unfortunately, that’s not all. Cyst formation, facial skin infections, vision problems and eye infections, meningitis and asthma are all serious issues that one should never take lightly. The worst case scenario involves blood clots, thus making the risk of a stroke higher. In that sense, sinusitis should be treated properly and efficiently. As soon as you notice any symptoms, make sure to see a doctor. And don’t shy away from the surgery. Even though it may be far from pleasant, it may as well make this particular problem go away.

In the end, the only thing that you could do is rely on your doctor’s advice. After all, every case sinusitis-wise is a bit different and what works for one person may not work as effectively for you. This is why it’s paramount that you don’t try to treat this condition on your own. While the available treatments won’t necessarily cause any direct harm, their inefficiency in your particular case may mean prolonged suffering from sinusitis and development of other related issues.