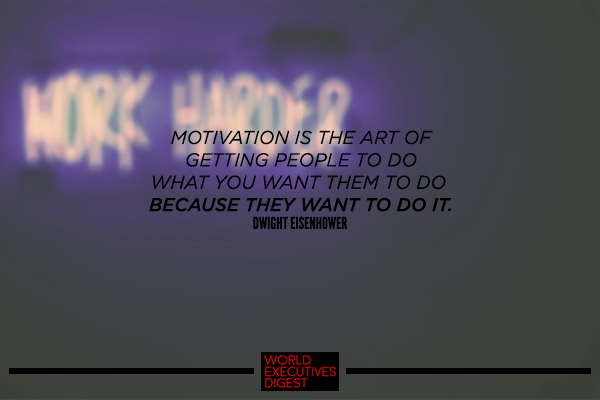 “Motivation is the art of getting people to do what you want them to do because they want to do it. ”
– Dwight Eisenhower

Leaders are great motivators. They move mountains with a mustard seed called motivation.

About Dwight Eisenhower
Dwight David “Ike” Eisenhower (October 14, 1890 – March 28, 1969) was an American politician and general who served as the 34th President of the United States from 1953 until 1961. He was a five-star general in the United States Army during World War II and served as Supreme Commander of the Allied Forces in Europe. He was responsible for planning and supervising the invasion of North Africa in Operation Torch in 1942–43 and the successful invasion of France and Germany in 1944–45 from the Western Front. In 1951, he became the first Supreme Commander of NATO.
—
Like this quote? Like our page, too!
Facebook.com/WorldExecutivesDigest
Curated and condensed learnings
for busy executives
The World Executives Digest is a social blog published by Homerun Nievera (http://homernievera.com/).