Home Devices Mac or PC: Which OS Is Best For Your Business? 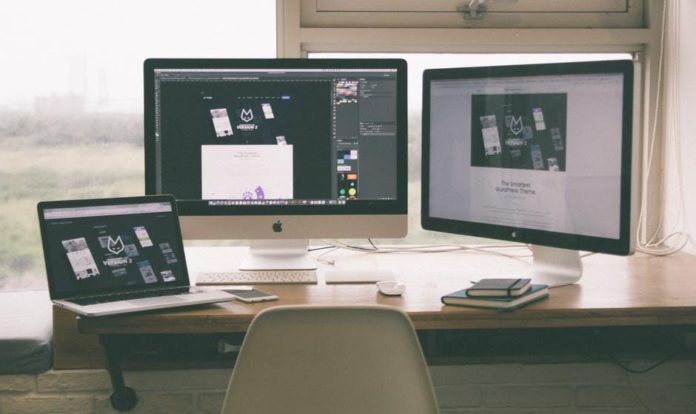 WorldExecutivesDigest.com | Mac or PC: Which OS Is Best For Your Business? | Businesses spend almost 10% of their revenue on technology. Among the many purchases that budget enables, buying computers tends to be a popular line-item.

When you hit the store on behalf of your small business to pick up computers, you’ll be faced with a big choice that could have rippling effects for years to come; Windows 10 or Mac OS.

Long-winded discussions are constantly circulating regarding people’s Windows 10 vs. Mac OS opinions. In this post, our team looks at the Windows/PC vs. Mac/OS question from a business standpoint to help you decide via pros and cons which operating system might fit your organization.

Keep reading to find out more!

The Pros and Cons of Macs/Mac OS

Looking at Mac operating systems and machines as a whole, there’s a lot to love. There is also a lot to raise eyebrows at, which is why parties have become polarized on Mac usage, particularly when it comes to business.

Below, we break down the benefits and drawbacks of using Mac machines.

Mac OS Is Sleek and Streamlined

Much like the body of the computer it lives in, Mac OS is a streamlined operating system that looks like it would be at home in an art gallery. Icons are minimal, finding what you’re looking for is easy, and response times are staggering.

UX designers rejoice at the intuitiveness that was sprinkled into just about every aspect of the Mac OS experience. Once your team gets used to the operating system, we have a feeling they’ll be equally overjoyed.

The industry you work in can have a big impact on your Windows 10 vs. Mac OS discovery process. That’s because some industries have made it so Macs are the standard and that standard is reflected in the preferences of talent.

Creative industries, for example, rear students on Mac products which creates some expectation among people seeking jobs in that sector that your business will be Mac-friendly. If you violate that expectation, you may find that your talent isn’t able to showcase the full breadth of their skills given their lack of familiarity with PCs.

Data breaches cost businesses millions of dollars. Thanks to Mac’s controlled approach to its system, you’ll find that your Mac OS machines will be less virus prone and less likely to fall victim to cyber-attacks.

If that’s meaningful to you, this benefit alone may be enough to push you towards adopting Mac OS for your organization.

The first and most visible Mac OS con is the cost that’s associated with it. Mac machines are produced only by Apple which means that Apple controls the market on prices and those prices are high.

When you peek under the hood of a Mac and a PC and find two that have similar specs, the Mac could easily cost hundreds of dollars more.

If cost-cutting is an aim for your company this year (and it is for many), it may be best to pass on Mac machines.

Macs have much lower rates of adoption globally than PCs. That means that to appeal to the widest base, it’s best to go with a PC.

Explore your industry’s tendencies when it comes to computer usage, particularly at the scholastic level, to see if your line of business bucks the anti-Mac trend.

The Pros and Cons of PCs/Windows 10

Windows 10 is one of the best operating systems Microsoft has made available on PCs in a long time. Despite its excellence, like Mac OS, Windows also harbors drawbacks.

Here are a few pros and cons to keep in mind.

Windows 10 and the PCs it lives on are cheaper when compared to similar Macs. This is because there is no central producer of PCs.

Several companies make PCs, license Windows 10 to sit on them, and then sell those machines at great prices given the amount of competition that exists. All of that makes Windows 10 the operating system of choice for companies that want to adopt cost-effective computing.

The versatility of Windows machines is legendary. Whether you need to use a particular piece of software, an accessory, or just want to fix low memory issues by executing a DIY ram upgrade, PCs/Windows 10 is ready to accommodate.

If you fill your office with Windows 10 machines, chances are, your employees will have a working knowledge of how to interface with the operating system. If you did the same thing with Mac OS, there’s a good chance that the members of your team would be left scratching their heads.

This calls back to the point we made earlier regarding Macs not being widely adopted.

Bottom line; windows 10 is an operating system that is less likely to require your company to pay for additional training.

No Central Resource for Support

Windows 10 being accessible on a variety of computer brands lowers prices but complicates support. When Mac OS is giving you trouble, the only number you need to call is Apple’s.

Given the complexity of Windows machines, there is also a higher chance you’ll need assistance from support which makes this con even more grave, particularly when your system’s support team is outsourced.

The Answers to Your Windows 10 vs. Mac OS Questions Sit With You

If you take away one thing from our Windows 10 vs. Mac OS discussion, let it be that which operating system is right for you comes down to your unique circumstances. You’ll want to look at your ability to tolerate cost, your team’s expertise, and your industry as a whole to make the right computing decision.

For those of you that are struggling with Mac vs. Windows, even after reading this post, consider diving deeper into the content on our blog for additional guidance.