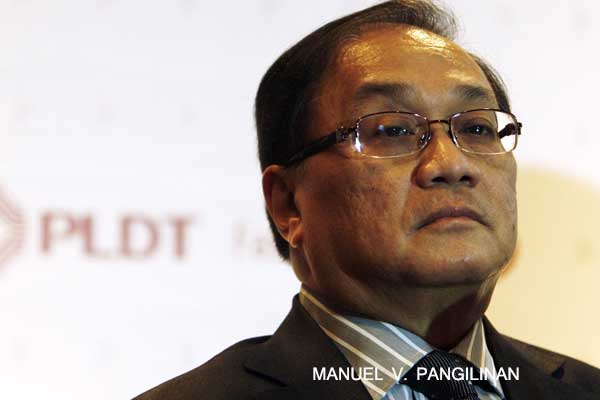 “We have not released our official subscriber numbers. That said, it is likely that they [Globe] will have more subscribers,” Pangilinan told reporters on the sidelines of an event announcing PLDT’s partnership with Solar Entertainment for the upcoming Ms Universe beauty pageant in the Philippines.

The admission was extraordinary for a telco operator with a once insurmountable lead. PLDT, backed by Japan’s NTT Group, controlled over 70 percent of the mobile market following its massive acquisition of Digital Telecommunications Philippines Inc. (Sun Cellular) in 2011.
Globe, whose foreign partner is Singapore Telecommunications Ltd., had been catching up in recent years, mainly due to its focus on providing data services—a trend it spotted early on.
The 2016 subscriber figures were revealed in a report by GSMA-published Mobile World Live, which also cited data from GSMA Intelligence.

It said Globe further increased its market share in 2016 and ended the year with 66.6 million subscribers against 62.1 million for PLDT’s Smart Communications. That meant Globe had a 52 percent subscriber market share, while Smart got 48 percent at end-2016.
Both telcos controlled about 65 million subscribers as of the third quarter of 2016, they announced last year.

Pangilinan, who said they were working to arrest subscriber losses, which totaled over 17 million since 2013, nevertheless noted this metric mattered less than it did in the past in terms of its impact on the bottom line.

“It’s not as important as before, in my view particularly,” Pangilinan said. “What is important is to take a look at the total telco revenue now.”
PLDT is still the larger company in terms of revenues, although that gap is shrinking. PLDT posted service revenues of P118.9 billion in the January to September period in 2016, while Globe reported P89 billion.

According to Pangilinan, the effort to cut inactive accounts from its system was a “deliberate action on our part to achieve a higher quality subscriber base.”
He said the telco was also beefing up network services. Both PLDT and Globe still lure heavy criticism for overall internet reliability and speed.

Pangilinan said it was unlikely there would be further subscriber cleanup in 2017. He earlier described this year as an “annus mirabilis” (wonderful year), referring to a plan to reverse falling profitability. He called 2016 “annus horribilis” (horrible year).

What to Do if You’re Injured at Work