Home EXECUTIVE PROFILES Past Criminal Trials: 10 Fascinating Trials that have Occurred in the Past... 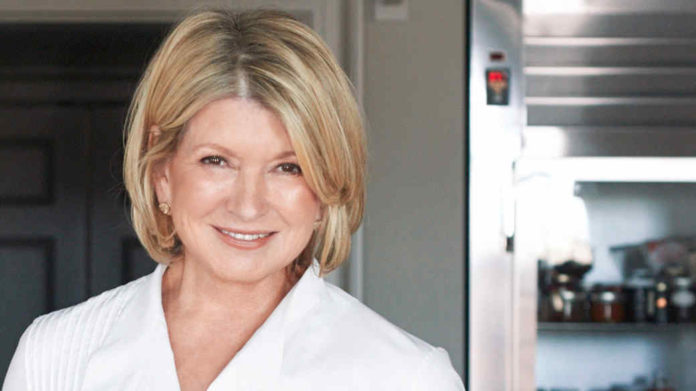 While most criminal charges result in a plea bargain, some defendants ultimately choose to take their chances and go to trial. When the alleged crime has been thoroughly covered in the media, the trial becomes sensationalized and can captivate the nation or the world. What results is a courtroom drama that dominates the headlines and is long-remembered for many years thereafter while everyone talks about the criminal justice system. View here for more information about the criminal justice system. Below are ten of the criminal trials of the past 20 years that have fascinated the country or the world.

The Olympic runner was accused of killing his girlfriend, shooting her through the door while she was in the bathroom after a domestic dispute. The double amputee claimed that he mistook his girlfriend for an intruder and panicked while shooting. Pistorius claimed that he believed that his girlfriend was in bed when he fired the shots into the bathroom. The trial was broadcast in South Africa and throughout the world. Pistorius was found guilty of homicide but given an astonishingly light sentence that was later doubled after the state appealed.

Caylee Anthony’s remains were found in a trash bag with evidence of duct tape being placed over her mouth. Her mother, Casey Anthony, claimed that Caylee was kidnapped by the nanny, but was later charged with murder. Despite 400 pieces of evidence and proof of computer searches where Casey tried to find information on chloroform. the jury found Casey not guilty of manslaughter and child abuse. The only convictions that were handed down were for false statements that Casey made to law enforcement during the search for her child.

Knox was accused of killing her roommate and stood trial in an Italian court. Her roommate had been stabbed in the neck and her body was found on the floor of her room. Knox had claimed that the murderer was a man named Rudy Guede, but the trial court convicted her of murder and she served four years until she was granted another trial. After being convicted again, the verdict was set aside on appeal when the Italian Supreme Court found glaring errors in the investigation.

The King of Pop was charged with molesting a 13-year old boy as well as other counts related to the relationship. Jackson pleaded not guilty. The indictment was filed in the wake of a video documentary about Jackson which detailed his relationship with the child. The defence was able to cast doubt on the credibility of both the child and his mother. As a result, Jackson was unanimously acquitted of all 14 counts that he faced. The trial drew international media attention and was covered by over 2,200 reporters.

Peterson was charged with killing his pregnant wife in order to carry on an affair with Amber Frey. His wife Laci’s body was found in the water near where her husband had been boating earlier that day. When Peterson was arrested, he had various identifications and $15,000 in cash. The defence suggested that a satanic cult kidnapped and murdered Laci Peterson. Based on largely circumstantial evidence, Peterson was found guilty of killing both his wife and his unborn child and received the death sentence for his crimes.

Lay and Skilling were top executives for the energy company Enron, whose bankruptcy caused a stock market crash and cost billions of dollars. The two were accused of inflating the company’s balance sheet to pump up the stock price. Armed with the testimony of the company’s chief financial officer, prosecutors won convictions of both Lay and Skilling as a scheme of greed and deceit was revealed through extensive testimony. Lay died before he could be sentenced and Skilling received 24 years and was released in 2018.

The eccentric music industry legend was charged with murder for the death of Lana Clarkson, who was found dead in Spector’s apartment. Spector admitted killing her at first, but then changed his story saying that Clarkson accidentally killed herself even though Spector was seen leaving his house with a gun in his hand and was reported to have said that he thought he killed someone. In one of the most watched trials in history, a mistrial was declared when two jurors would not vote to convict Spector. After prosecutors retried Spector, a jury deliberated for 19 days before finding Spector guilty. He is currently serving 19 years to life.

Murray was Michael Jackson’s personal physician. After Jackson died due to an overdose that resulted from a combination of sedatives, Murray was charged with involuntary manslaughter for prescribing the medications. Murray’s attempted defence was that Jackson gave himself the fatal overdose without Murray’s involvement. The televised trial lasted for 23 days. The jury took only one day to find Murray guilty of the crime and he was sentenced to four years in prison but was released halfway through his term.

Everyone knows the story of Saddam who was deposed as the Butcher of Baghdad after a U.S. invasion. He was placed on trial for crimes against humanity in front of a special tribunal. Graphic testimony was presented of Saddam’s murder and repression. The trial was routinely interrupted by Saddam’s outbursts and attempts to lecture the court. Saddam was found guilty and sentenced to death by hanging. He was executed on December 30, 2006, arguing with his guards right up until the time he was put to death.

The domestic doyenne was charged with insider trading for selling a biotech stock before news of negative test results became public. Both Stewart and her broker Peter Bacanovic were implicated in the scheme. The testimony of Bacanovic’s assistant Douglas Faneuil was instrumental in securing Stewart’s conviction on other charges after a five-week trial. Stewart won acquittal on securities fraud charges but was sentenced to five months in prison for her other crimes related to the stock sale, which saved the billionaire less than $100,000 in potential losses.

Criminal justice is fascinating to watch from the outside looking in but is a different situation if you are living through it. Nevertheless, these famous trials give us a close vantage point from which to view the system.

The Outlook Awards 2022 Hails Five Grand Awardees for the Year