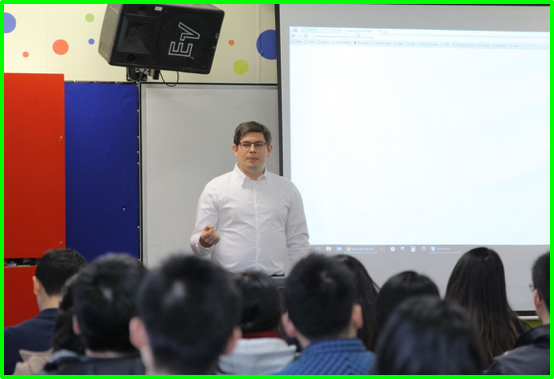 James Downing lived a comfortable life in Australia, the oldest in the Downing siblings of two; he always dreamt of making a difference in the world at a young age. Such an inclination is not a stranger to their family that his parents, Cliff and Julie, have been very supportive of his advocacies then until now.

James grew up in an open-minded and very accepting family, where ideas are discussed and interpellated in a very friendly manner.  His parents trained him to pursue his interest and passion according to his will and timeline, hence James were given a free hand to steer his life according to his phase. James finished his bachelor’s degree from the University of Melbourne and an MBA from Royal Melbourne Institute of Technology. While a corporate career seemed to be a convenient option, having worked for Ernst & Young from 2012 to 2014, he has an inner calling to pursue what his heart really desired.

In late 2014, James developed and launched the world’s first social network for free charity – JellyChip. His mobile application, on the first wave already attracted 61,000 users worldwide and has generated 8,000 plus charity gifts for various cause-oriented organization in the likes of WWF, World Vision and UNICEF and more – among a growing list of beneficiaries. When asked what made him give up his day job, “I found a new way and solution to charity giving. The charity industry is tired, people are tired of donating the same way to the same organisations with the same results. Technology is everywhere today. We can connect daily on Facebook, Snapchat, WhatsApp and Viber – but how come we can’t save the life of someone in need?”, James explains.

JellyChip is gearing for global rollout, while gaining ground in Singapore and in the US, James is bringing his unique product and proposition in  other parts of the world. In the Philippines, he has now appointed a partner, Muovere Veloce Consultancy, Inc (MVCI), to help him propagate his cause in the country. “I am happy and excited to work with like-minded people; individuals who also believe in the power of people and the fact we can crowdsource giving across the world. The business angle takes the backseat when you realise the potential we have for people-power, for people to join our cause and together be part of the solution.” James beams. 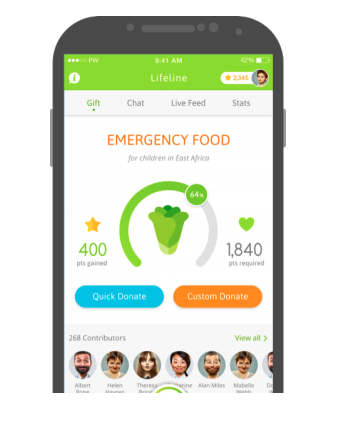 The JellyChip mobile application can be downloaded for free from the App Store and Google Play Store. You earn points upon registration, and more when use the app to chat with friends, share snaps, and answer surveys or play trivia. While this feature seems like a no brainer to the user because we are so accustomed to using other popular chat applications, JellyChip allows you to be become a donor for a specific need of a charity organization by buying charity gifts with the points you earned. This is what James is bringing to the fore, the convenience it brings to user, by just continuously using and staying on the application they become part of the global movement who wants to make a difference in this world.

They say, people who want to change this world are crazy and they actually do. It’s the determination, patience and consistency that delivers the result and James, the hands-on CEO of JellyChip, is on track with his mission.

If you wish to be part of the change and want to know more, download JellyChip now on your iOS or android smartphone. You can also like their Facebook fan page at www.facebook.com/gojellychip

What to Expect at The Outlook 2022: Philippine Real Estate Conference