Home 1-slider Roy Quejada of CocoHut: On His Biggest Realization as a COO 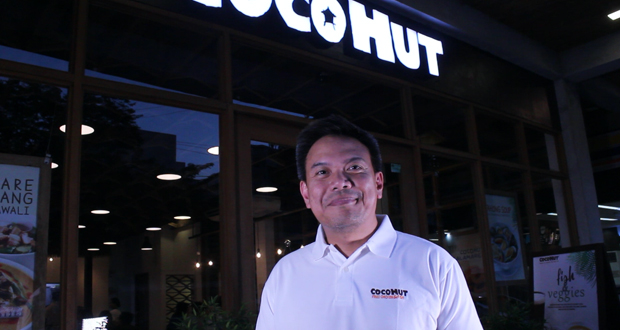 Mitzi Ilagan, World Executives Digest |  Roy Quejada, COO of CocoHut, is much like most of the executives who went from bottom to the top. For some, the career growth stops on being a manager or probably turns to another direction as they shift to other industries. But with Roy Quejada, he took the path to greater heights.

Roy Quejada is a BS Education graduate from the University of the Philippines. He himself didn’t really have a vision of entering the restaurant business until he became a crew of McDonald’s Philippines in his youth. Through perseverance, his hard work was recognized. He got promoted to management trainee, to restaurant manager, then area manager. And then in 2003, McDonald’s Philippines gave him the opportunity to become part of their Training Department.This experience made him realize the importance of training. If for without it, he too may not be where he is right now. Roy’s everyday life is fueled by his passion to continuously improve himself and the people around him. He knows where training could take a person’s career, so it has become his goal in life to bring the best out of people. “If I am not in the restaurant business, I would probably conduct seminars and training”, says Roy. He sees himself in that field, offering time to help other people gain the advantage to become more successful in life.

As a CEO, Roy lives by two important words: excellence and collaboration. Excellence is for giving his best effort in whatever he does. It’s his principle to give time and attention to the things he does, no matter how small it is. He, too, believes in collaboration, that not all information and ideas would come from himself. He believes that each one has their share of talents and opinions. In fact, from a previous interview by ExecutiveChronicles.com, he says he’s more participative rather than directive. “As a leader, I value the ideas and insights of the people around me. Even at times, I would encourage them to try something out. If you make a mistake, then let’s retract, do it again or do something better”, he adds.

If he was to leave the restaurant industry, Roy is sure on what he’s going to do after. He’ll probably put up his own business, and then train his people to become like him. By and large, it’s a legacy he wants to leave: to be known as the trainer of the people he’s working with and will work with in the days to come.

The Outlook Awards 2022 Hails Five Grand Awardees for the Year