Home 1-slider The Upside Down: An In-depth Understanding of BSMA Career 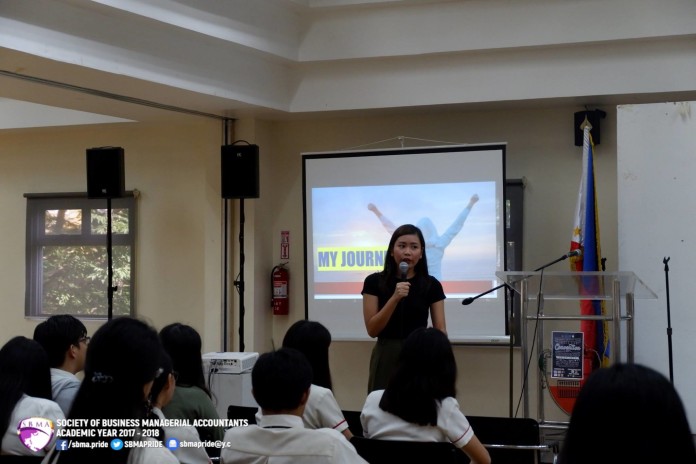 The BSMA career is a path which leads to a dynamic range of opportunities such as being a Management Accountant, Internal Auditor, Budget Analyst and even to becoming a Chief Information Officer. For them to be able to fully understand what it entails to pursue the BSMA career, the Society of Business Managerial Accountants (SBMA) held “The Upside Down: An In-depth Understanding of BSMA Career” last November 28, 2017, at the AMV Multipurpose Hall.

The participants of the event, second to fourth-year Management Accounting students, were able to satisfy their curiosity about the career opportunities that await them in the corporate world. The program helped the students’ knowledge about the BSMA course widen and made them more aware of what is in store for them upon finishing their degree. 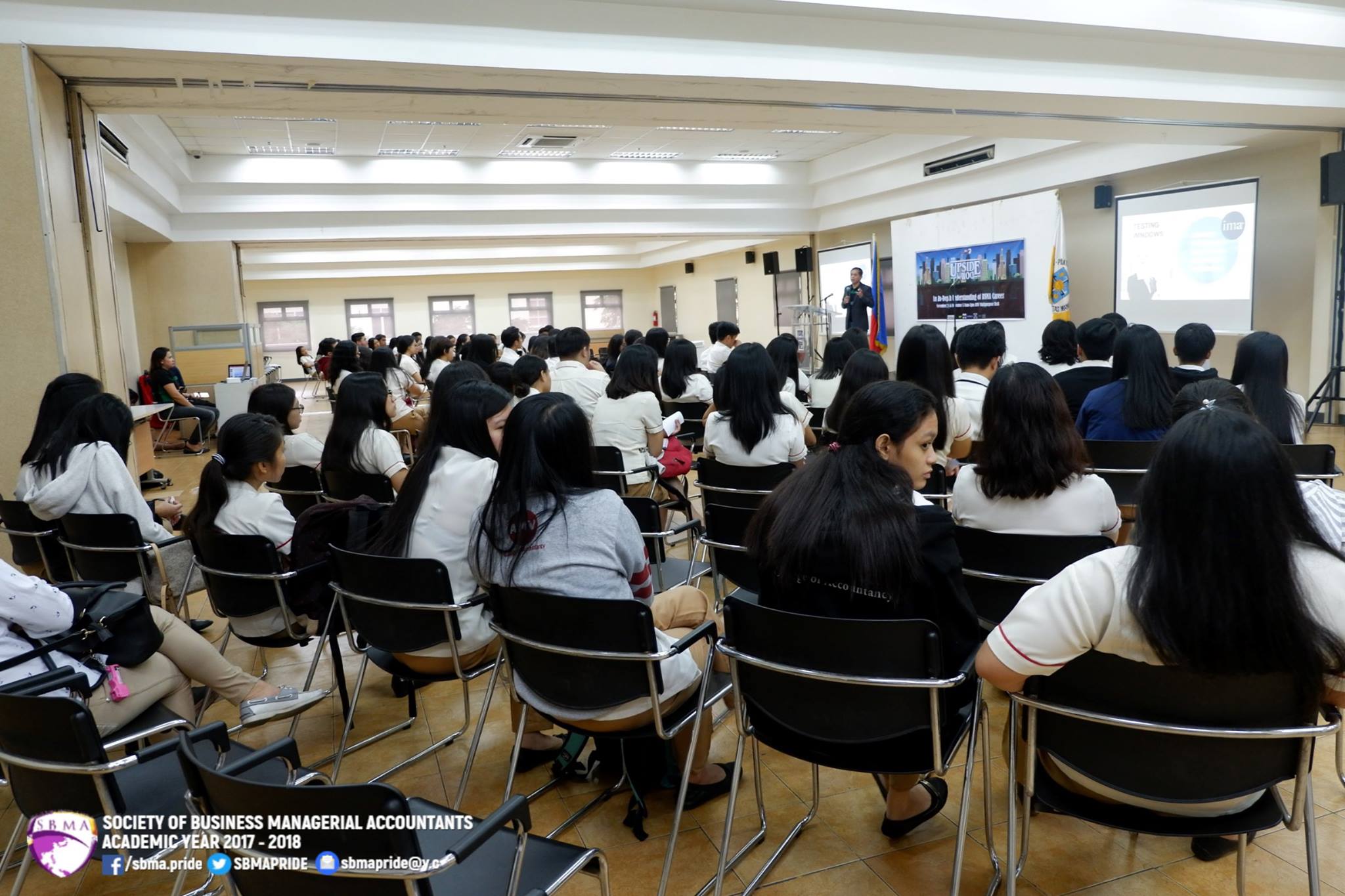 Notable and inspiring speakers were invited to talk in the event. The program started with an opening prayer led by Maria Fatima Brillante, Assistant Treasurer of SBMA, followed by the opening remarks given by Joyce An Certeza, President of SBMA. The masters of ceremonies for the morning session were Samuel Jhun Molas and Russel Briones.

The first speaker, Ms. Anna Mariz V. Mangalili, CMA, a former president of UST Central Student Council and currently a Purchase Analyst in Shell Business Operations-Manila, started her talk by sharing her college journey and the experiences that contributed in attaining her career status today. She inspired the audience by sharing her own story about the ups and downs that she encountered during her college years. She pointed out the importance of understanding one’s self, it is only then that one will realize what he/she really wants to achieve in life. And that is when she decided to become a student leader. According to her, she wanted to help others realize their true potential. She also emphasized the significant role of the family in every setback a person has to deal with. She told the audience, “whatever happens our parents will still believe in us” and encouraged them by saying “Kung ako kinaya ko, bakit kayo hindi, diba?”.

After which, she discussed Gender and Diversity in the Workplace. In line with this topic, she shared how she landed a job at Shell and the new experiences she gained in her work. She tackled two key points which are diversity and inclusion. She reminded the students that in a workplace, there’s diversity in culture, beliefs, values, and others and that one should be able to fully understand this in order to adjust in the work environment and build a harmonious relationship with the other employees. Looking back at all her setbacks, she pointed out and said: “Never in an interview will they talk about your grades.” She then added, “What matters most is your experiences and your willingness to learn.” 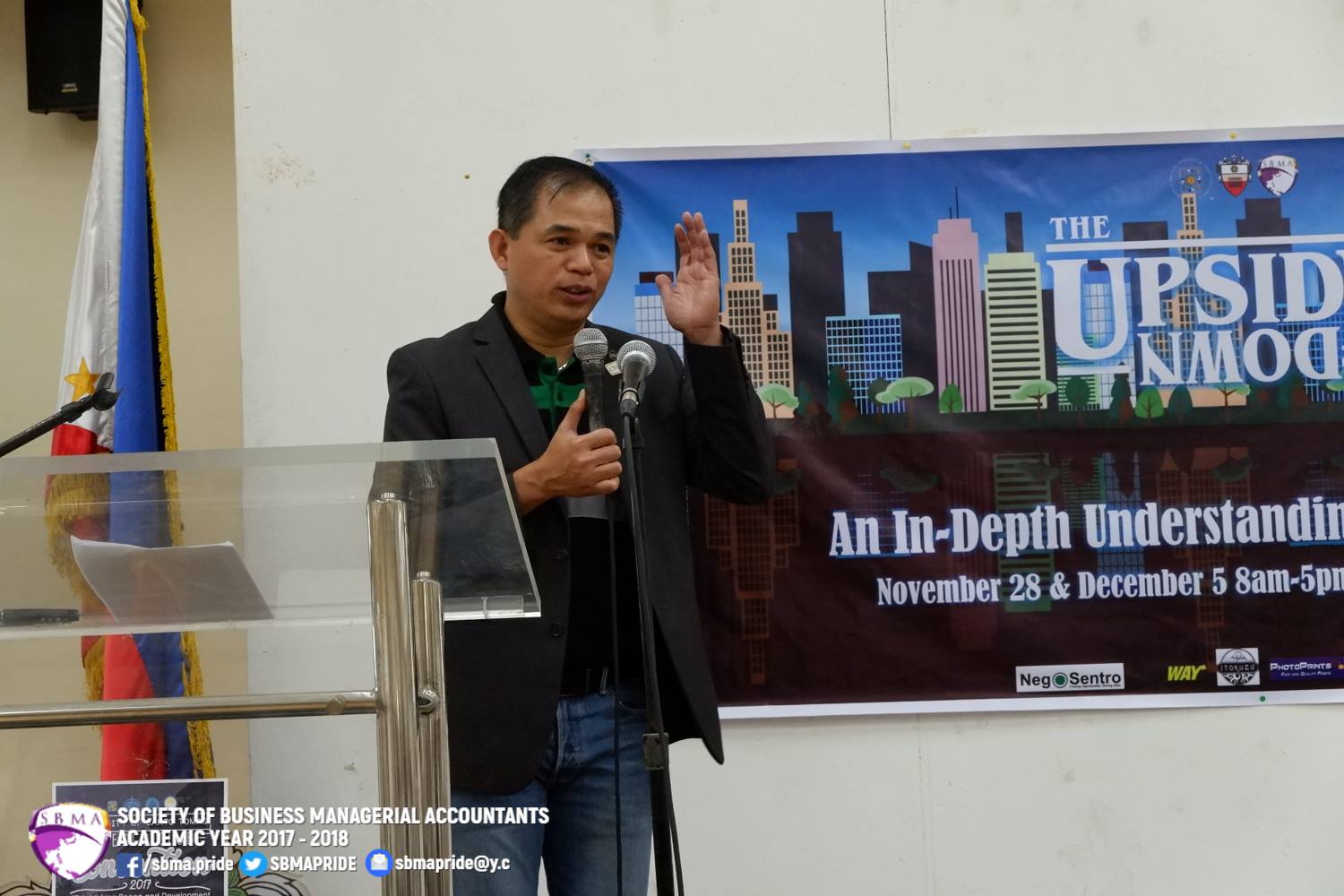 Mr. Angel V. Secerio Jr., CGMA, CFE, CMA, CPA, the second speaker, was invited to talk about CMA Certification both for the morning and afternoon sessions. As a licensed professional worldwide, he inspired the participants by sharing his career journey. He started by stating a quote “Everything is impossible until someone crazy enough comes along and makes it possible.” Proudly, he then presented the passers of CMA Part I and Part 2 Examination for the current and previous years. He gave tips to the students, saying, “Stay positive, forget the past but never forget what it taught you, maintain a good network, and always be hungry to learn.”

Mr. Secerio being the current Managing Director of Insights Financial Review Services Inc., then discussed the requirements for the CMA exam, the type of test and topics that are included in Part I and Part 2 exams, the testing windows, and the examination fees. “Keep your eyes on the prize”, he reminded them. Lastly, he humbly said, “With the right support from our parents combined with our determination, we can do everything we want in life”.

After the talk, an open forum was conducted to address the students’ concerns regarding the said topics. Then, certificates and tokens of appreciation were given to the speakers for imparting their knowledge and sharing their experiences with the students. Prizes were also given to some students who were awarded as early birds for the morning session. 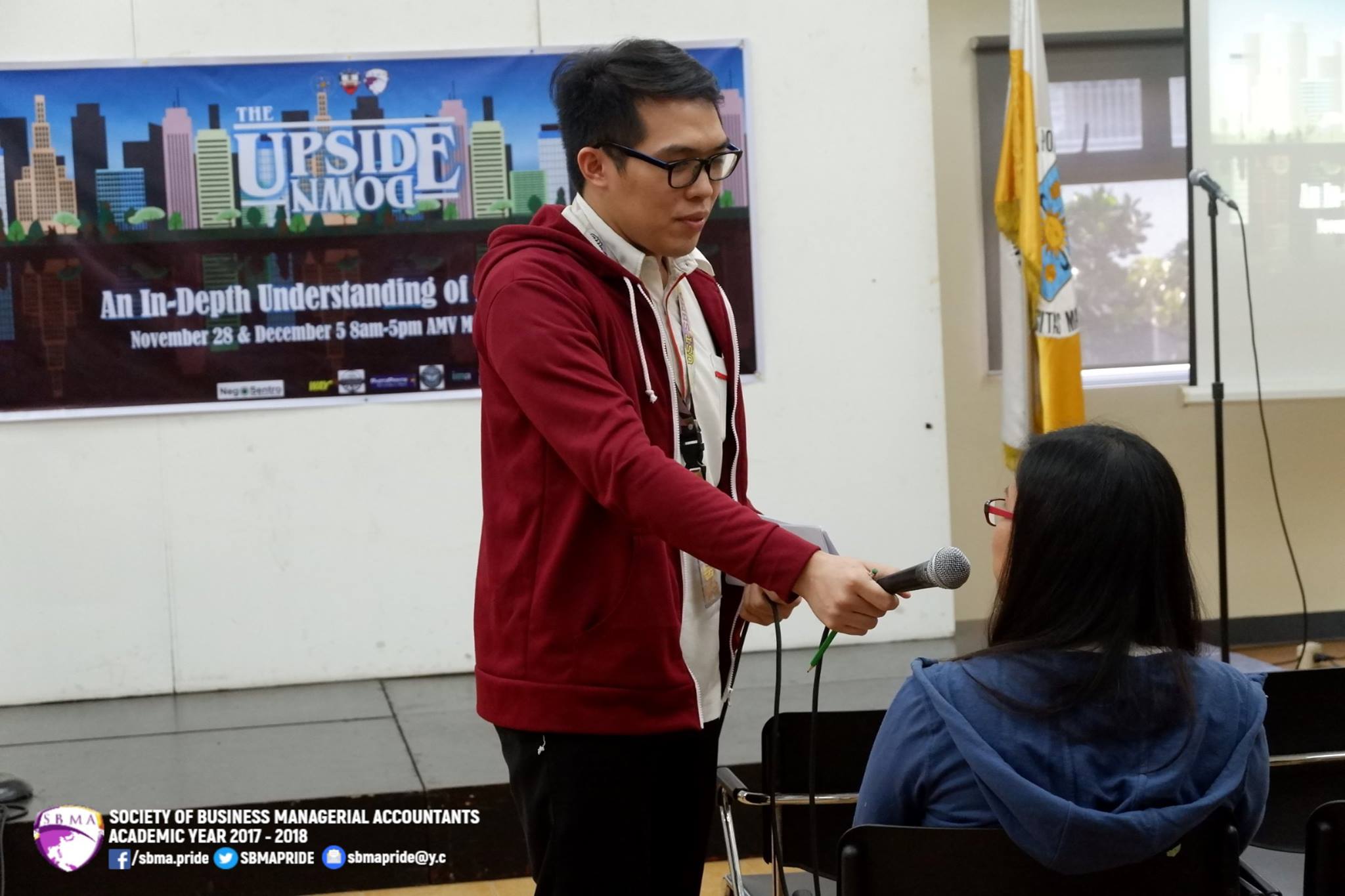 With Ann Beatriz Medina and Audrey Arenas as the hosts, the afternoon session resumed after the short break. The third speaker, Ms. Carmela Abad, an alumna of UST AMV College of Accountancy and currently a Financial Analyst 2- Assistant Manager at Citi Bank Philippines, talked about interpersonal relationships in workplace and perspective on competitive advantage. Ms. Abad pointed out that eagerness to learn is the first thing that one must possess as an employee. She elaborated that in the process of learning and adapting to the workplace environment, one must bear in mind to never compare yourself to others, but instead keep on comparing yourself to yourself only. “First and foremost, every individual in a workplace are different from each other from their personalities, beliefs, and ideas”, she added. Also, according to her, one must be emphatic to coworkers as a professional. As a leader, one must think of the staff more than her/himself.

The last speaker for the day, Mr. Angel V. Secerio Jr., CGMA, CFE, CMA, CPA talked about CMA Certification and some similar topics he discussed during the morning session.

Finally, certificates and tokens of appreciation were also given to the speakers. To end the program on the BSMA career, Marla Neila Rellon, Vice President of SBMA, delivered her closing remarks.