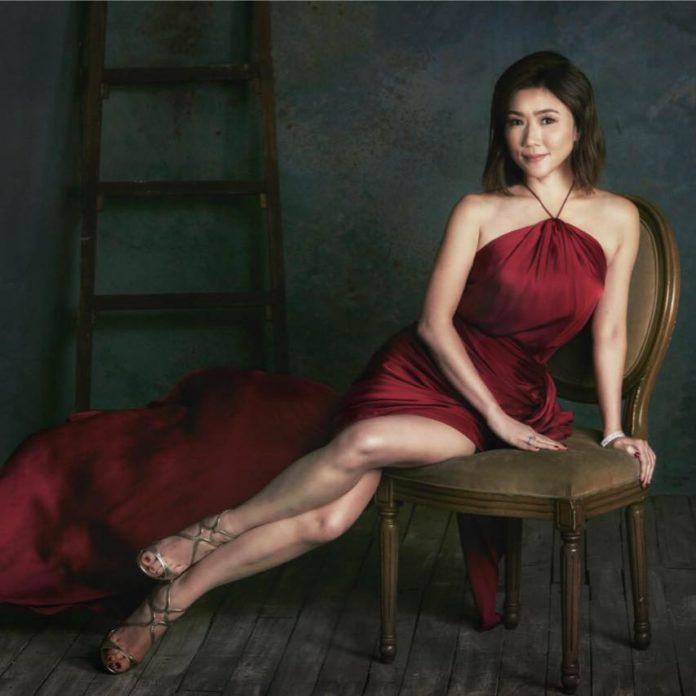 Rissa Mananquil-Trillo was a model and TV personality first before becoming an entrepreneur. She is the co-founder of Happy Skin, a homegrown cosmetic brand that was made for the Filipino skin. With her passion to empower women, and her experience being in the limelight and media industry, she used her extensive knowledge to establish an avant-garde, skin-caring makeup line that can match the best brands across the world. Since its birth in October 2013, Happy Skin has bagged 30 awards from top fashion and beauty magazines, acclaimed by Ayala Malls as the Most Promising Retailer in 2015 and 2016, and bagged the Watsons Philippines’ award for the Most Promising New Cosmetic Brand for 2015.

Driven by her passion for selling and designing clothes, Roxanne Ang-Farillas established Plains & Prints with the vision of creating timeless pieces of clothing that celebrate creativity for the confident woman. She was only 18-years-old when she founded and established the homegrown clothing brand in 1994 at an 11-square-meter spot in Shoppesville, Greenhills, which was given to her by Erickson Farillas, who became her business partner and husband.

While taking her graduate studies in Spain, Sari Yap dreamed of establishing her own fashion publication and even created drafts made from cut-outs from Spanish magazines. Upon returning to Manila, she pursued her dream of creating a world class fashion magazine despite the challenges in printing technology, and doubts from naysayers. With all her grit and determination, Yap was able to establish her fashion magazine MEGA, which became the breakthrough of the Philippine glossy magazine industry. Today, ONE MEGA GROUP is a pioneering enterprise with 10 world-class Filipino media brands and has been influencing the lifestyles of the Filipinos.

Having no background in business, Yolanda Pajaro never thought that she would own an upscale shoe business named Via Venetto. Pajaro was a communications teacher before entering the business scene and eventually started selling Avon products to earn more income, where she discovered her knack for selling. She started the first Via Venetto store in Greenhills and incorporated imported heel tips to the Marikina-made shoes because she believed that stylish shoes can also be durable, comfortable, and affordable. Today, Pajaro continues to do extensive research for the further development and advancement of her world-class shoes.

At a young age, Nikki Tang would assist in her family’s hardware store during school breaks and weekends, where her interest in business was honed. After graduating from De La Salle University with a degree in Manufacturing Engineering and Management, she discovered that dermocosmetics and aesthetic devices in the Philippines were an untapped market and a potential business. With just one assistant and a lot of grit and passion, Tang was able to establish DMark Group of Companies, composed of DMark and DermAsia Corporations, which is presently one of the country’s best provider of dermocosmetics and aesthetic devices.

These women entrepreneurs have proven that gender, age, and doubts cannot stop them from pursuing their goals and living their dreams. The journey to building their empires may not have been easy, but everything they have been through was worth it, and all their efforts paid off. Before arriving at where they are now, these women entrepreneurs were once dreamers too who decided to take risks and work hard towards their goals. How about you, what empire would you like to build?

What to Look For When Hiring a Marketing Agency

7 Reasons to Consider Getting a Loan from a Private Lender