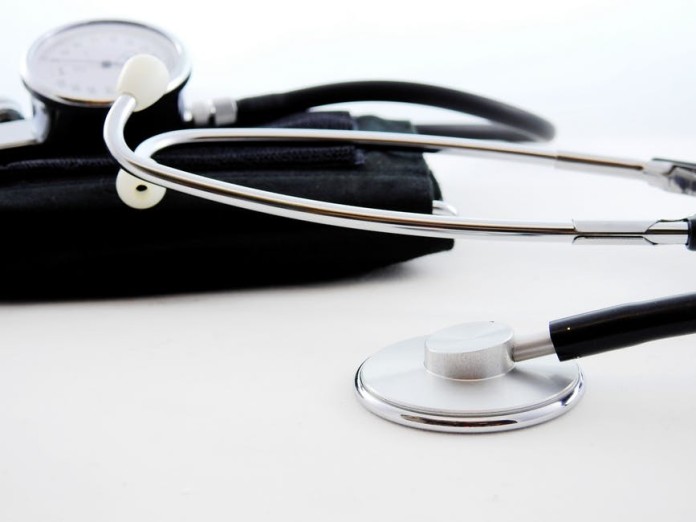 The Medical Clinic | TMC helps Architect Fight Colorectal Cancer | Early detection saves lives and this is especially true in the case of architect and Patient Partner, Christian Guerrero. A simple outpatient colonoscopy procedure turned out to save his life from colorectal cancer. “I engaged in exercise, but I would also go out with friends, until the wee hours of the night – eating without any concern for a proper diet, coupled with drinking and occasional smoking,” says Guerrero.

He thought that balancing his physical and social activities would relieve him of life’s enormous stresses.

“My stress came in many forms that produced emotional and mental pressures, leading to worry, anxiety, fear, and anger, which my body responded to in inefficient ways,” he relates.

In February 2013, Guerrero noticed a change in his bowel habits. He experienced abdominal bloating, cramps and discomfort. Worse, he already had rectal bleeding, which continued for the next nine months, until he decided to consult a gastroenterologist in November of the same year.

Guerrero underwent colonoscopy, a test that allows doctors to look at the inner lining of the large intestine (rectum and colon). It helps find ulcers, colon polyps, tumors, and areas of bleeding and inflammation. Colonoscopy can also be used as a screening test to check for cancer or precancerous growths in the colon or rectum.

The test revealed that Guerrero had a malignant tumor in the sigmoid colon. Guerrero was shocked by the diagnosis. He thought of having a second opinion because there was no history in his family of having such a disease.

“But this did not in any way clutter my sense of being. Inside my heart, I knew that God will not leave me during this time of trial,” says Guerrero.

His gastroenterologist then referred him to a colorectal specialist in the person of Dr. Manuel Francisco Roxas. Dr. Roxas is a renowned surgeon, Chairman of the Department of Surgery, and consultant-director of The Medical City Colorectal Clinic. He ordered some more tests and a CT scan.

After the CT scan, Dr. Roxas recommended surgery to remove the tumor at the soonest possible time. Guerrero underwent surgery on December 4, 2013.

“After the surgery, I learned it was only Stage 1. Though I may be lucky to have early detection, I was not spared to have post-operative adhesions, which caused a second operation after two weeks,” says Guerrero.

Guerrero needed to wear an ileostomy bag for the next three months. He had to report to Dr. Roxas every two weeks for proper monitoring. After three months, Guerrero underwent another series of tests, which showed him to be cancer-free and ready for the final reconstructive surgery.

Guerrero’s third operation took place on April 2, 2014. He had a successful recovery. Guerrero believes he has a lot to be thankful for. Colorectal cancer surgery is fraught with potential complications, demanding experience, and skill from expert surgeons.

Merely a month from the third operation, Guerrero was able to go back to work, exercise, and a healthy lifestyle.

“This is through the help and assistance of The Medical City team of doctors and nurses who took care of me during my journey toward better health,” shares Guerrero.

He says that his doctors, led by Dr. Roxas, continue to monitor him regularly to ensure that everything is within normal and to prevent any reoccurrence. Because the cancer was detected at its earliest stage, Guerrero did not need to undergo chemotherapy and has a very high chance of long-term cure.

He visits Dr. Roxas every three months, periodically checking his CEA blood test. CEA (carcinoembryonic antigen) measures the amount of a protein that may appear in the blood of colorectal cancer patients. It is used to monitor for cancer recurrence

“I hope to be in remission for the next four years, and I need to be a fighter at this point in my life for my family and friends,” says Guerrero, a father of two aged 20 and 16.

Guerrero’s battle with cancer made him a better person in numerous ways.
First, he took out all the negativity in him and decided to just take it easy every single day. He now watches his diet very carefully. From 215 pounds, he’s down to 170. He abstains from eating meat from four-legged animals and consumes lots of fruits, vegetables, and fish instead. He drinks two to three liters of water daily and has not consumed alcohol for the last 16 months. He fights stress with daily exercise.

“I started to run in July 2014 and can now complete a distance of 10 kilometers, two to three times a week. All these, I owe it to Our Father in Heaven, who gave me the strength and courage to continue a mission according to His plan and time,” says Guerrero.