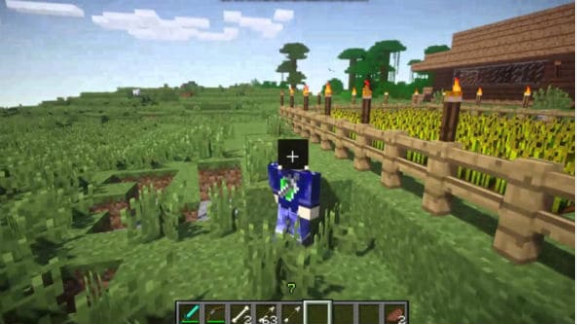 WorldExecutivesDigest.com | Underrated Minecraft Mods By Category You Can Install In 2020 | Minecraft is one of the best-selling games of all time, and for a good reason. Who would have thought when it first launched that it would turn out to be the game that it is today? While standard Minecraft gaming is still a fun way to pass the time, in 2020, modding is the way to go. When you want a great gameplay experience and even an exciting one, you need to mod.

In this article, we’ve collated some of the best mods that you can easily install. If you’re playing Java Edition, that would be optimal, but most of these featured here are still great to pair with Bedrock and 1.15. If you’re not sure what version of Minecraft you’re playing, you just need is an update to the latest version.

What most Minecraft gamers don’t realize is that modding is quite easy. The first thing that you need to learn is how to install Minecraft mods. The process is straightforward. After making sure that you have the right system requirements, download the mods via Curse Forge, which is still the best site to download mods from.

Every Minecraft gamer will tell you that the first order of business when you start modding is to download utility mods. These are the mods that will make your gameplay faster, graphics smoother, and overall experience better. One of the most underrated in this category is Optifine.

Optifine works by smoothing out the regular interface into something playable on big screens. If you have a fast computer and discrete graphics, downloading Optifine is a must. With this mod, you’ll have better control of your graphics, plus your build will look so much better.

Just Enough Items is another great utility mod that’s readily available for every Minecraft player. What it does is search for all the things that you can build in-game and shows what materials are needed for it. It’s the successor to the widely-popular Not Enough Items. This is a great addition to your mod because it lets you be familiar with a newly installed mod.

Exploration mods are for those who want to explore different Minecraft mods, rather than build the worlds themselves. If you’re one of those players who want the nomadic life, mods like Candicraft is a great way to start. While most nomads want to explore the popular Nether mod, the equivalent of hell in the game, some prefer a more wholesome adventure. Candicraft provides that with a bright landscape, almost dreamlike sequences, and sugar-coated critters.

Galacticraft is another alternative to Nether that’s a fairly exciting adventure. This mod will not only let you explore other realms but also let you colonize other solar systems. If you’re one to favor the sci-fi aesthetic, Galacticraft is the mod to play. The gameplay is complicated, even frustrating to a fault, but that’s the beauty of it!

There’s nothing like the feeling of having infinite resources. Every Minecraft player knows the value of staying rich and productive in the game, so automation mods are perfect to install to work in the background. Caterpillar is a great pick in this category. Caterpillar is an automated, boring, and tunneling machine that lets you dig infinitely! And while it’s digging, you’re free to explore other worlds!

Progressive Automation is another nifty mod you can install to turn your automated devices into their best versions. You don’t have to do anything once you set this up. You just keep it running and it will automatically upgrade your machines! Upgraded machines mean lesser time for rebuilds once some of your automated devices fell through.

While most of these mods are fine to install in any Minecraft version, do your due diligence and research if it is optimized for the device you are gaming from. Modding can pose a significant hog to your memory, and the more you have mods installed, the more it will demand power from your computer. If you have an average-specced computer or laptop, check the system requirements of the mod first.

Lawn Care Utah: 5 Tips for Caring for Your Lawn in Southern Utah