Home Technology What are the uses of Commercial Air Conditioning in Market? 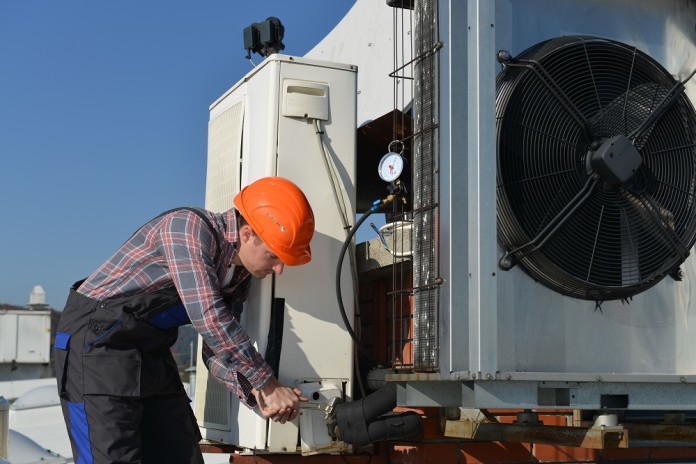 Allan Heatherford, World Executives Digest | Air conditioners are perfect for providing the right ambience in the rooms. Therefore, it is used in the homes and commercial establishments, as well. It keeps the rooms cool, which have heat generating electronic equipment like computer servers, power amplifying devices, showrooms, and artwork exhibitions, etc. In general, the air conditioners change the condition of air through heating, cooling, dehumidification, cleaning, and ventilation. This system is used to attain convenient ambiance to humans and animals.

The contemporary air conditioning technique developed from break-through in chemistry in the 19th century. American inventor Willis Carrier created the first large-scale electronic air conditioning unit in 1902. In 1920’s, this process was proposed in residential environment allowing the migration to the Sun Belt in United States.

How did it Help?

These were used to control the humidity of indoor air in industrial areas to reduce the heat generated from the mechanical equipment. The initial devices of commercial air conditioning were costly to install and operate. Later, the developments take place to install these devices in the industrial sector. The idea of using these devices was picked up by retail industries, movie theatres, and commercial property owners. Departmental stores also came in line to take advantage of these devices. The promotion of these devices captured everyone’s attention to the wide usage and maintaining consumer comfort and time spent at the stations.

In 1960’s, the procurement of retail, commercial air conditioning system included a crucial equilibrium in expenditure and the feasible link between the goods and services delivered by the industry. The commercial installation of heating and cooling system keeps an eye on the comfort of the consumer. How much time a consumer is able to spend and enjoy the advantages of indoor air quality. Thus, movie theaters, commercial housing developments, and restaurants were investing on these devices to improve their standards.

Various types of installations are available in the markets to start the usage as per the requirement of the individual use or commercial purpose. Some of them are discussed below.

Window commercial air conditioning units are installed in an open window. The indoor air is cooled with the fan, which blows the air on the evaporator. The heat drawn from the indoor is released out with a second fan, which blows outside air on the condenser. A huge building or a big house can have many of these units to let the rooms stay cool. These are less expensive.

Split units are of two types – one is mini spilt system and multi zone system. Mini split system supplies conditioned and hot air to one or many rooms. Multi zone systems are ductless systems, which can pass through 8 rooms and condition them using single outdoor system. There are varied types of systems like wall-mounted, ceiling mounted, ceiling recessed, and horizontal ducted. Central air conditioners systems offer cooling to the big commercial area so that they can be used as per the seasons. However, these are expensive to install.

Thus, these are some of the commercial air conditioning systems, which are beneficial for commercial purposes. Some of them are inexpensive and some are expensive depending upon their installation and operation. You can choose as per your affordability and requirement. Due to the climate and increased global warming, the usage of these air conditioning systems has increased on a large scale in the recent years. In some countries, without these systems, people cannot afford to work in workstations may be its in hot place or a coldest one.